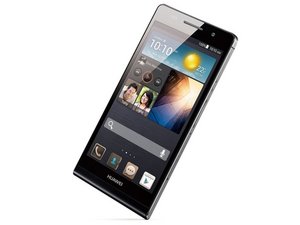 I have attempted to replace the SIM reader on my Ascend P6-U06. Removed the old one, soldered the new part into place. The old sim reader was terribly mangled by the previous owner. However, there seems to be a problem of some sort.

Even though the solder joints seemed alright to me, apparently the SIM cannot be detected by the phone. The IMEI and baseband are OK, the date is correct. This has led me to believe that there has to be a faulty joint somewhere or worse. Another possible culprit could be the little switch that is turned on when the sim tray is inserted.

I tried searching for a repair manual/schematic for the phone, without success. I would like to measure between the reader's pins (except the ground pin which I know that works) and the next points in the board where the traces from the reader lead to. For this I would need some sort of knowledge as for where the traces might lead to, in the form of a helpful fellow iFixit member's advice or a schematic/repair manual, if someone happens to have the one for this device. Maybe with some luck this could help uncover the problem that I'm having.

Right now I would greatly benefit from ideas as on what to try next or maybe some measurements from a functional P6's sim reader, if someone has a P6 already opened up.

Thanks for your time.

I solved the problem. For me it was just a bad solder joint (marked purple in the picture). I also made a guide of this, in case someone needs the help. Here are the SIM ways I asked for. I also jotted down some resistance values - if you need those, send me a message. 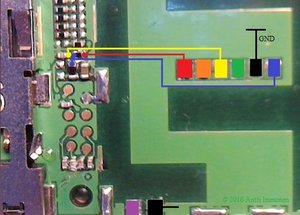 where is the way of green and orange colour

Sorry, those two I couldn't find by testing for continuity :(

I do not know where they lead to, if anywhere. I believe on some smartphones all the pads aren't being used (No real source for this, just remember hearing that somewhere). But it is just as well possible I merely missed the correct components those two pads lead to..