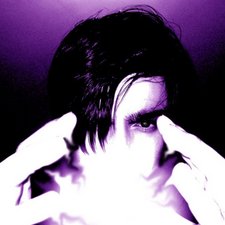 I have left my MB in charging mode for night, but in the morning i have discovered that it was still in charging mode and battery indicator showed 53%. Since that time i have reseted it few times (SMC) but it haven't helped :( after charging, time life shows 4 hours, but percent still shows 53% and percentage do not moves however, hours goes down...

i have also retrieved system information several times, which told me that my battery is not fully charged and after 26 cycle of full charging it has 89% of capacity

but it does not matter is it really fully charged or not, it just shows 53% and half charged icon :(((

i cant remove the battery due to specific construction of unibody, and cant bring it to service center because, there is no service center in the country where i'm living now.

i have tried to reinstall mac OSX two times and i have tried windows 7 too, but no results. windows tells that it is plugged in but not charging. and 53%!

i think it's cant be hardware, might be it's drivers of mac OSX ???? something like power management ? it would be great if macbook had something like BIOS but i could not find it

HELP! SOS! who can solve the problem.

sorry for my English i have been learning it just for 8 months :)

As you can see from the following link, Apple provides service all over the world. If your machine is still under warranty and you can get FedEX deliveries, contact Apple at the nearest location or country. Turn around time is usually four days: http://www.apple.com/support/contact/pho...

are there any solution? without sending it to apple

because fedex will charge a lot! and apples nearest service center is very far from me :(

They even FedEx you a box to ship it in

and how can i find out is my MB under warranty or not. i have bot it on ebay

The A1342 wasn't produced until October 2009 at the earliest so it has to be under warranty. Did you ever register it?

well, maybe. But, in my experience it's controller dependent, which is why one sees them as componets of the BIOS set up. My initial fear was, and still is, that the battery controller on you laptop is bad, or the controller on the battery is bad (if it's one of those "smart" ones). In other words, the battery is probably good, but the Asus firmware is misreporting the capacity to the ACPI. It may be that the steps of removing and reinstalling the physical battery and the ACPI driver for it will have no effect, so worst case scenario is, short of a board replacement or firmware upgrade form Asus there is no solution for you.

A work around is tell windows to ignore the LOW BATTERY and CRITICAL BATTERY conditions.