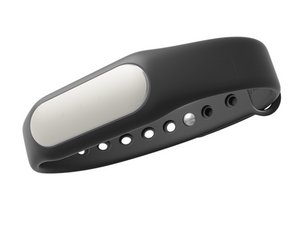 Not charging at all.

I let my Mi Band go to 0% battery and now it won't charge at all. I see now on the web that I wasn't supposed to let it go to 0% but my instructions came in Chinese so I had no idea. PS I wouldn't buy anything from them again because their customer service leaves a lot to be desired.

You my man are AWESOME

Ya it truly worked. I just left my band uncharged for over a month and while I plugged it to the Power Point i felt like the band gave up on life . I tried tapping on the button 3-4 times and hey it started working. You should also try it will work.

I'm Chinese and I am very confused too...

Thank you .. it worked

What do you mean by hit it? Give taps on the touch sensor? Or something else?

I read this and told myself it couldn't possibly work. Picked up a pair of scissors and tapped it lightly on the end sticking out of the charger and the light on the device came on. When I looked at my phone, it said it was connected.

Wonder if tapping it caused quick on and off electrical shocks to it. I don't know, but it's charging now.

i could not believe this it worked tapped slightly on the charger and band..started working..

I didn't expect it would work but It worked Yossi.. you are awesome..

Combine all the steps.

First Take A cotton bud and clean the Golden receiver of band. Then take Scissors (metal) and gently scratch the circles (Golden Points). Then push hard into the charger (tightly). Immediately plug in and it'll work.

Wow, the cotton, then scissor scraping worked for me! Thanks!

this really did work for me. thank u so much

Wow! I’m so impressed with this hack. I got this band for my birthday last year, but due to COVID I didn’t use it and didn’t charge it for a year approximately. I was really sad that my birthday gift would be ruined but I tried this and it worked! Thank You so much! Everyone reading this, yes, it does work try it.

Seriously this works I don't know how but it works .....

Guys guys this thing happened with me too. And I am writing this comment right after fixing the issue and let me put it out for you guys really simply.

First of all you wanna leave it charging it for half an hour so that it could have some juice to jumpstart. Then you need to take a knife, scissors anything you want and gently scratch with it on the golden charging pad the surface of the band and charger for a while and immediately plug it to a USB source and thank me later on

Take a scissor and tapped it lightly on the end sticking out of the charger and the light on the device came on. When I looked at my Mi band, it said it was connected.

Ya worked for Me. Spanking has turned it On , my watch was 3 months dead ,but see few spanks and knocking while charging it is working as LIT . this Chini kam always need some kick to work properly .

In my the screen is not available

when i read the previous comments i felt likr what stupid $@$* people are talking about.. bit i tried as told to tap the back connecting end while charging.. and to my surprise it actually worked... Thanks guys!!

Keep the band with charger of mi adapter for 1day then you will see it starts again with full battery. Mine also the same issue then i followed the same way.

The solution to the problem is simple, take a wet cotton then rub for 1 minutes on the charging pins of the band, then charge it… voila!!!

What i did was clean the conneting parts with rubbing alcohol.. Then charge it.. While charging, i hit the back (both ends) with the corner of my phone... And it works!

i did the cleaning part and hitting while charging but still not worked...how hard did you hit it?

it worked so well! thank you alot!

Whenever you are not able to see the charging indicator do not panic and the solution is simple.

Reason being when you allow your Band to dry to 0 basically the Band doesn’t have any power to show the indicator, by allowing the Band battery to run again short charge is a must..

I charged it for a couple of hours, removed and charged again but still not working

Try my method hit it while its connected

hey , i also had same problem a while ago..

it will get charged after...

I try it now and I really works!

I had trouble in the past where cleaning the contacts with alcohol (both device and charger) fixed the charging issue.

Probably 6 months ago (maybe longer) my band wouldn't charge even after cleaning. I tried putting in fridge, tapping it, different chargers but it refused to charge. I put it up for a couple months thinking it was done for. I came back across it one day & plugged it in to show my bf how it wouldn't light up or anything BUT to my surprise it actually started charging. I was so happy because I'd been lost without it but I noticed the battery level would get to around 40% then the next thing I knew the band wouldn't be syncing data and when id plug it in it'd only have one light, like it died right after getting to like 40%. I could live with that but a couple mts ago it finally stopped for good I think. I'm pretty sure the battery is just done for at this point.

None of these fixes works for my xiaomi mi smart band 4c. I feel like I have a different version than you guys? My charging end looks different. Here is a pic of it. 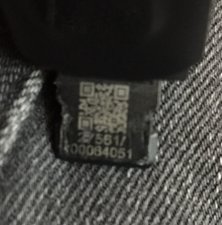 Anyone know now a fix for this specific version?

I had 2 Mi 3 bands which were not charging, usually when I press them hard against charger pin it will start charging. But this time it didn’t and i also ordered a new charging wire, same issue even after that. I lost all hope and searched for answers and saw this post.

Later I tried to tap the watch with hand cleaned with cotton buds everything but no output. After sometime because of frustration I started hitting the band and the charging wire with minimum force randomly using my tv remote . Surprisingly one of the band light up showing the charging symbol. Later I tried with the second band but it took a bit longer beating than the first band and now both started charging.

Thanks a lot for the answers in this post guys, it saved my day and 4000 bucks.

i have purchased the redmi band on 21st and it got delivered to me on 22nd September when i receive the product it wasn't getting switched on i immediately ask the help desk they suggested to me charge it as it wasn't be charged so i put it on charging but it wasn't charging as it was a gift for my husband i decided to pack it back after few days on Sunday when i met him i gifted the watch to him after opening again it wasn't getting on so he put it on charging as he removed the strap but it wasn't charging he tried many times after that it got charge after he removed it he noticed there is a crack on the charging point we called the customer care in the morning on 27th they suggested us to visit the nearest mi service center we visited there but they said we are not responsible for this product you have to talk to the mi store online now i want to replace the product or else i want a refund or fix the damaged i appreciate your help for the same.