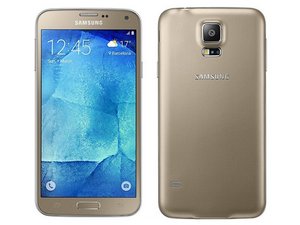 The Samsung Galaxy S5 NEO (SM-G903F) has a 5.1 inch Super AMOLED display with Full HD resolution. It's front and back cameras clock in at 5 megapixels and 16 megapixels respectively. Inside, the phone is powered by the 64-bit Samsung Exynos 7580 processor, 16 GB of internal memory, 2GB of RAM, and a 2,800 mAh battery. The phone, measuring 142 x 72.5 x 8.1 mm weighs 145 grams. Compared to the original S5, the Galaxy S5 Neo has better features such as the front camera, FM radio and faster LTE (Cat6).

My charger cannot insert into my phone

while i was out, i noticed my phone was going to die, so i put it to charge for about 10 minutes and took it out. half an hour later, i decided it would be a good time to leave it to charge again, but the charger wouldn't go in. i then went to try multiple chargers, none of which would go in my phone. i asked a friend and he says there's something stuck in there. i don't know if that's the case because my friend says the charger i used still worked, but i still don't know what's wrong.

Either something is stuck or it's damaged. The actual connector inside the port likes to separate into two pieces after a while. Then you jam in the charge cord and damage the connector. Really common. If you take a close look into the port you can usually check and see if there is any noticeable damage.

Hopefully its not broken, as it's a rough repair to replace the chargeport. I would take it to an awesome technician unless you want to break the LCD and be stuck with a $150+ repair!

Try cleaning it search in the youtube whats the best thing to clean it .just be very careful not to damage the part inside and dont ever put your connector in force it might really break the internal .It will really cost much in solving that issue and definitely will open your device .