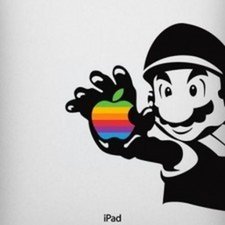 Hope someone can help. I have a late 2010 13.3" MacBook Air screen assembly that I want to replace. (As I've heard it's easier than changing just the LCD.)

Now, I live in South Africa, where parts are rare and expensive. However, I have been offered a complete, but broken 2013 MacBook Air for cheaper than a A1369 screen assembly. (I believe the motherboard is busted.)

So, not sure if it differs per region(UK/US)/model, but are the 2013 assembly cables longer than the late 2010 A1369, and do the cables have the same connectors? (for the Webcam, WIFI antenna and LCD?) (bearing in mind that I will be removing the assembly from a factory A1466 MacBook Air.)

If the length is right on the A1466's, I believe it will reach and plug right into the A1369. Are there any other compatibility issues I should be aware of?

Really appreciate if anyone has any insight to this problem, and if anyone has done a repair of the A1369 with a A1466 screen assembly.

For the full lid assemblies, 2010-2012 are compatible and 2013-present are compatible. The screen itself will work, however the camera cable definitely won't (too long and different connector) and I'm not sure about the wifi antennas off the top of my head.

Yep the cables are short. Best to get the correct part

Thanks Reece. Appreciate the answer. So to confirm: The 2010-2012, full screen assembly (lids) are fully compatible with the A1369 (including webcam and wifi antenna connectors/cable lengths) whereas others are only partially compatible?

hey @reecee can you use the LONG cable from the 2013 with the LCD and Display Assembly of the 2010-2012? I've just swapped one out, only to discover I now have the wrong short cable and connector. Don't want to lose my monies spent on the upper 2010-2012 Display assembly. As I was trying to make the repair easier. TIA