Lid will not shut completely. Hinge too tight?

I have a 2012 MacBook Air, obviously out of warrantee, that suddenly will not close all the way. It was a problem on one side only at first, but it’s getting worse with a half inch between the lid and the body of the machine. I opened it up and removed the screen. I’ve found that one hinge is moveable with my fingers alone. The other is so tight it needs a wrench to move. I can’t tell which is “normal” or if either is the problem. I can say that when the machine is assembled the tighter hinge will not move past a certain point when closing and that may be the reason the screen bounces back open. My only idea is to wd40 it a bit to see if it loosens up, but I’m loathe to do such a thing without checking here first. I wouldn’t want a screen so loose it can’t stay open. 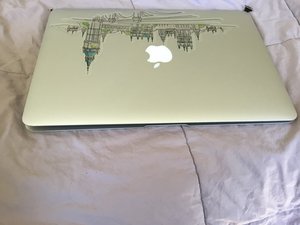 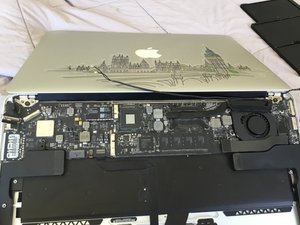 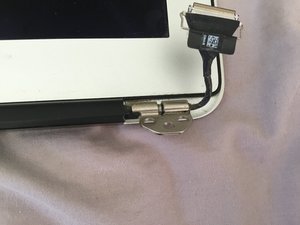 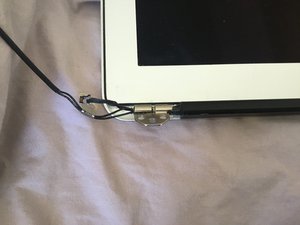 I've never had to use anything like WD40 on hinges. Use this guide to reseat the hinges correctly. Something else may be going on here and posting a couple of pictures might help us figure out your exact issue. MacBook Air 13" Mid 2012 Display Assembly Replacement

Added pictures to the initial post. Hope they help. The tighter hinge is the one with the iSight/airport cables. The looser one has the display cable. You can see how big the gap is when closed.

Well I see a lot of crud in the hinge. I's use a q-tip dripped in alcohol to try to clean the hinges out.

Ok, I dripped some alcohol into the hinge and moved it while picking grime out with a toothpick. That loosened it to moving again without needing a wrench. The lid is closing, though I don’t know how thorough a job of cleaning I managed. At least I know the problem now and in the future! Thanks!

Taking the whole display apart is going pretty far. I would try cleaning the hinges with isopropyl first. It did the trick for me. If cleaning doesn't do it, then it may be time to escalate. :)

I have the same problem with Macbook pro retina 2013. are steps the same?