The Samsung Galaxy Note 5 (called the Note5) is a phablet-style phone with stylus, manufactured by Samsung, released in August 2015. 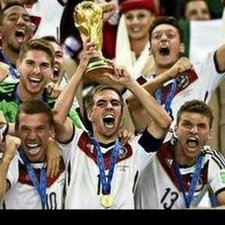 guys ,i have 2 questions

1: i have note 5 on nougate version (7.0 or above) and i need to downgrade to lollipop(6.0.1) or marshmallow so that i can bypass FRP by real term software and continue the other easy steps

question: how to find the suitable firmware for my note 5 knowing that when downgrade the phone do not accept any frimware exept its suitable one?!

2: Is there any other way to bypass frp on nougate rather than downgrading or using real term?

A few important tips: When you want to downgrade firmware or use combination firmware you must use firmware that has the same binary bit. For example this firmware labelling as shown:

The part I have bolded is U1 on the above line. U1 is the binary bit, the 1 in the number is what matters, the letter next to it doesn’t.

Basically you can only flash firmware that is binary bit 1 or higher if the current firmware on the device is that one. Lots of FRP bypasses for Samsung flagship phones are done by either flashing combination firmware (factory firmware) then flashing normal firmware on top after doing the stuff specified by a FRP bypass guide.

In some other cases they are done with the use of a GSM flashing box like Z3X which do offer 1-click frp unlocks for S6 up to s7 edge phones on Nougat 7.0 but not Android 8.0 Oreo.

Always read up the guides on websites such as XDA Developers / GSMhosting as others said on how to do so before you start flashing firmware.

Check the forums here or post a question here for the best answers.

i have frp is remove