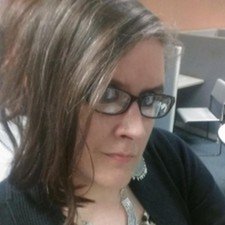 Ok so back story, I had a PS4 for a few years up until a few months ago. That PS4 had all kinds of issues but the main one was not all but some of the games would start playing then right in the middle of game play it would stop, blue screen me and have a..."the disc is unreadable etc..." Message. Now these games are in immaculate condition, not one scratch always taken care of...so fast forward to Christmas 2017....My son gets a New PS4 from Santa....Now I'm having the exact same issue with the same games that wouldn't work before....I'm stumped, Can anyone tell me if they have or had the same issue before. My favorite game won't play and I can't afford to go out a rebuy all 20 or so games that won't play...Oh there are some movies that won't play either but they have a few scratches but they dont play then stop in the middle of it...they just dont start. Anyone that can give me some insight I will forever be greatful!!! Thanx!!!

Thanx jamarjynr, I was afraid of that. I forgot to include a little game information, the games played fine before my PS4(the old one)went to crap. Then they started reading that way...Does that even matter? Or when the company does manufacturing of the game, could the bad ones have a life span before going bad?? Man technology is crazy, The things that can be done today are insane. My old PS4 I used to have to put the game in while turning the system on or I would get the disc error message. Is it possible the old PS4 could have corrupted the disc the games were burned on? I guess the reasoning behind it dont matter if the outcome is having to buy new games right? Lol Thanx again! ☺

I don't know if it could corrupt the disc besides physically damaging it. Its possible if the laser goes haywire. You could try the game in another ps4. Original and Pro. Maybe the people at Gamestop might let you check it out. If its having problems on multiple PS4's and its not physically damaged. You could check with Sony and see what they can do. And tell them you think your broken PS4 might have damaged your discs. Maybe they will offer replacements.

I had GTAV that did something like this until it wouldn't play at all. When they burn the discs during manufacturing some come out bad like with electronics. So I returned it to Gamestop and got a replacement. Solved the problem. You can either buy new games or contact Sony/Publisher and see if they will replace.