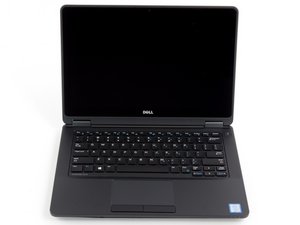 My laptop is not booting it beeps unlimited times

my laptop is not starting

Does the beeping have a pattern? Usually a problem will beep a combination of short and long beeps and repeats.

The pattern is very important to accurately pinpoint. it could be that your RAM is damaged and needs to be replaced.

Cannot say for sure without the pattern indications.

Hi,When I power on the laptop it's making continuously a beep sound and its not getting started..Pls help me out.. Previous time I had the same issues bfre 1year back got it repaired again it's coming ..Pls help me out

My dell laptop is making beep sound and at once it is repeating 5 times. Please Help!

What is the model number of your Dell laptop?

@akshaygosavi if you are getting a continous beep that means most likely that your computer can't post. that is why you have no distinct post code pattern beep. Try this first:

Remove any peripheral devices that are attached to the computer.

Remove any CDs or DVDs in the optical drive

Press and hold the computer power button for 15 seconds.

Insert the AC adapter plug and make sure it is seated properly.

Plug in the AC power cord to a known good working outlet.

Press the power button to see if the computer turns on.

If the computer starts, turn it off and put the battery back in.

Press the power button to see if the computer turns on.

If the computer starts, turn it off and continue replacing peripheral components until you determine

which one is causing the failure.

Also, remove the Hard drive and RAM memory and try to boot. See if that gives you a different post beep. try different memory modules in the individual slots.

It worked after reboot. Fn + power

never thought this was going to work but after 7 or 8 tries, it DID!! I was getting a slow continuous beep. did the FN+Power, off & on and it eventually worked. thanks!

Well gosh darn : I had black screen with sequence beeping. Followed the above instructions and it actually worked. Thanks ! My little kid who wanted this laptop salutes you

hi does anyone know WHY this happens or how I can prevent it from happening again? I got mine on after holding fn and power which was something that I didn’t find anywhere else on google, I did fn and power THEN plugged in the charger and it came on but my mouse isn’t working

The keyboard is the problem. Dont be confused but it is the probem. Just press all the buttons at once, then lap will start the windows. But it will temporary.