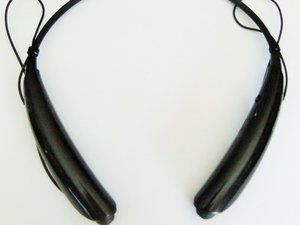 Power switch on LG Tone does not fully engage.

My Tone's power switch has become intermittent as when I turn it to the on position, it gives me the power on/connectivity notification but sometimes when I just brush against the switch it turns the Tone off then a few seconds later it turns back on again and reconnects. Sometimes it doesn't come back on.

Other times when I switch the Tone off, the LED light still is illuminated and I have to toggle the on/off switch a few times just to turn off the LED and the power.

Anyway to fix the switch?