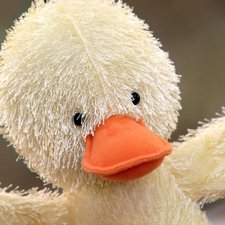 The problem: I have a PS3 Super Slim CECH 4214B which seems to be from Brasil. I've been having difficulty upgrading the HDD. And am now stuck with it not even turning on anymore. The light will turn green and then shut itself off within a few seconds to no light at all.

I've tried a few solutions, but I'm at a loss now and would appreciate starting again with some guidance. I'm sure we can fix this.

Background story: I bought this PS3 super slim off eBay about a week ago - the seller said he had no issues with it. So I collected it and it all worked, though I had to change the language to English from Portuguese. I began to download my games from my PSN account but changed my mind as it had a 250GB HDD and decided to replace it with a spare 750GB HDD that I had used in a previous PS3 I had owned. I'm familiar with replacing HDDs, so I didn't think it would be an issue.

So first issue hits me. The PS3 wouldn't recognise the 750GB HDD for formatting and I tried two different USBs with the firmware to update (in folders, in caps). My PC wouldn't recognise any of the HDDs (I don't remember having this problem before) so I had to download an application called "Fat32Formatter 1.1". I formatted both HDDs. And I reformatted both USBs and put the firmware back in both. Still it didn't work. Then I realised the model of the PS3 was CECH 4214B. From Brasil.

So I followed some suggestions to use the firmware from Sony Brasil. But that didn't work. I would continually get "The system software cannot be run correctly."

I tried all options in safe mode, but I didn't get anywhere.

Then the second issue hits me.

The weather was really hot here in London, UK. I came back home in the evening and the PS3 was on. I must have somehow accidently turned it on when I got up in the morning. So it had been on all day in my hot room.

I turned it off and eventually went back to it the next day. The light is red on standby, turn it on and it goes green. But about 3 seconds in, it shuts itself off and the light isn't on at all. I don't know if this is related to the hot weather, or perhaps because I've been pulling the power cable out of the socket too much or both... or something else entirely...

However, if I take the HDD out, the PS3 turns on and eventually on the TV screen, it displays "Cannot start. The appropriate system storage was not found.".

I tried taking the PS3 apart to check if anything looks wrong. It was very dusty, so I cleaned it, but otherwise, I couldn't notice anything obvious (I'm not expert). I seem to have managed to put it back together without causing any further issues. But the same problem is happening.

Conclusion: I'd appreciate ideas/suggestions that I can get started on trying again. I may have already tried some things, maybe I did them in the wrong order or something. So feel free to even recommend the stupid obvious stuff. And let me know if you need to know anything that can help you to help me!

Couple of things to try ...

If you reinstall the original HD, that came with the system, does the PS3 work again?

Connect the larger HD and USB drives to your PC and run a disk scan/check on them to ensure that they're working correctly. Were there any errors?

If I put the original 250GB in, the system still shuts down. Any HDD inside and it shuts down.

@theyellowducky did your problem solve, I’m facing a similar issue

@the_huge_hunk Hey. Nope. I gave it away for spares/parts. Bought another one - it's been perfect. Good luck with yours!

you must use https://hddguru.com/software/HDD-LLF-Low... this tool to format your drive. your drive must not be bigger than 1 tb and you should low level format it with the above tool , it should work give it a try.

You probably need to boot it in safe-mode.

If that doesn't work, please try what I listed in the comments, then give me an update.

Thanks for your suggestions. :)

If a HDD is inside, I'm not able to complete the procedure as it shuts itself off.

If I remove the HDD, I'm able to complete the procedure and the system beeps correctly. However, when the TV screen eventually loads up, it's not in safe mode. It only displays "Cannot start. The appropriate system storage was not found.".

Sounds as if an internal component, that’s integral for handling any storage devices, is faulty.

Unfortunately, anything related to the storage controller is never designed to be replaceable.

On the bright side, at least a replacement PS3 is relatively inexpensive.