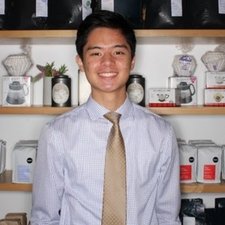 Hello! I'm pretty sure many of you are familiar with the bug that disables the ambient light sensor and true tone display on the 8+ with an aftermarket screen. I'd like to get some feedback from users using iOS 12 on an iPhone 8 and 8 Plus w/ aftermarket display. Does yours work perfectly? Here's what happened with mine

-Running iOS 11.4.1. Installed a new screen and True Tone was working perfect but the ALS was disabled.

Can anyone share their experience? Hopefully Apple with enable BOTH True Tone and the ALS

P.S. I ordered a used genuine original screen cause I'll be keeping the phone (not selling got it for only $280!) hopefully everything would work with it and will update this post.

My iphone 8 plus doesn’t even have the true tone display settings i have searched the settings and cant find any. Please anyone tell me what happened with my phone.

You probably got a aftermarket screen, or the screen has been replaced with an original (oem or refurbished) without the use of the ALS programmer.

I have iphon8, my screen is original, Never replaced, but facing the same issue also..

My iphone 8 plus doesn’t have true tone in display settings. I have searched in settings but it can’t find in settings. Please tell me what happens in my iphone 8plus

it appears that on iOS12 its not enough just to copy screen data described in REWA video? Just replaced screen with another original screen (from another device), copied data and true tone disappeared.

yes, you can reprogram org screens

I think this issue was fixed with following iOS updates

Hi all, i resolve problem with tuetone!

BUT. When I change flex with senzors from original (broken) touchscreen to new (third party) touchscreen its working and true tone appears!!!

wat do you mean? the camera or somthing?

I have my original Touch Screen, so why i am facing this issue?? Can anybody help me??

The screen is paired with the logic board.

To get both working fine the display data from the chip on the display cable needs to be copied from the original screen that came with the phone to the replacement screen regardless of whether it was original or not.

It requires a flashing fixture that copies the data from one chip to another. REWA technology has released a product and video demonstrating this on YouTube:

I have this issue too, the screen of my iPhone 8 Plus was repaired with third party screens, first the auto brightness stop working, now after updating to iOS 12 beta 3 its working but True Tone option is gone.

I had my display replaced BY APPLE twice in the same day. First due to random touches. Then the replacement got a green line after 2 hours so i went back and they replaced it again. Being going fine until iOS 12.1 and now True Tone is gone on my iPhone X. Again all work on my phone was done at the Apple Store.

Anyone knows if there’s still this problem with iOS 12.2? Thanks

omg this is exactly what’s happening to my iPhone :( any idea to fix this other than using rewa technology?

Ok so my iPhone 8 Plus screen (the screen that came on my iPhone straight out of the box) started to do the whole random touch craziness… it got so bad that it actually caused my phone to disable itself and I had to wipe my entire phone. A normal person would probably always remember what ,both, the unlock code to get into the their phone AND the password to the iCloud used when setting g up the iPhone right??! Well, NOT ME..

I just became way to comfortable with the Touch ID feature because the only time I had to ever use the actual password for my iCloud was when I set it up initially, and after that, I would always just use the Touch ID to retrieve the stored password I had entered following the initial entry. The same goes for the unlock code that I initially set up, so that no one, other than myself, would be able to gain access to my phone. I entered it once, and that passcode was never thought of again since I immediately entered it into my phone’s stored passwords section.

Now, I know you must be thinking, “Didn’t you have to enter in, at the very least, the unlock code after the phone ‘s battery life was used up”? That’s just it though, I never let my phone’s battery drop below 6%. Thinking back, I really am regretting not glancing at the password(s) a lot more than what I had done.

I had kept a perfect personal record of not having to enter either password for the last year and a half. Then, the screen started going crazy and the next thing I knew, my phone was disabled and the only way to fix it was to wipe everything!!! Yep, passwords and all were gone. I was screwed.

Not even a full 24 hours after my phone disabled itself, I dropped it face down and shattered the entire screen. So I went and had the screen replaced. Everything works exactly like it should. Except for the True Tone. I am running iOS 12.3.2 and I can’t find it anywhere.

So, for those who are waiting and hoping the next software update to fix the issue, I believe you will be waiting a while… I mean A WHILE!!

Where you did you let replace your shattered screen?

Please no it was fresh in box

Please l went to buy iPhone 8plus but there is no True Tone….Please why

Because there is no original LCD with touchscreen. Maybe it was broken and someone chenge broken touch +LCD for another but not geniune.

Because you Have to pull data off and program it to the new screen. It has to be of higher quality. I suggest Incell, they have the required chip to program. Cheaper LCD’s don’t. You can buy a Truetone Programmer. Hope that helps