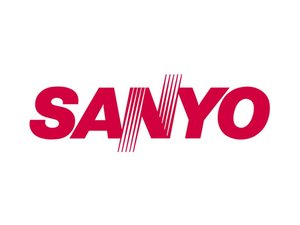 Repair guides and support for your Sanyo TV.

What is the model number of the TV?

Try removing the batteries from the remote control unit, to either confirm or eliminate it as the cause of the problem. (You didn't say whether you tried this or not) If you had tried this apologies.

Try removing the TV button board connection from the mainboard and see if it is the cause of the problem. Obviously you'll need to remove the back off the TV etc. Be careful how to disconnect the plug. Take you time to work out how it unplugs as you do not want to break or tear anything. There may be pop up latches etc I don't know what type of connection it is for your TV Always remove the cable plug by the plug and don't pull on the wires itself if it is avoidable.