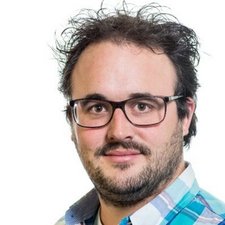 I have bought this cheap iPad 4 use as a home automation center, mounted on the wall. The description stated it had a few defects, which I thought I could get over. Upon closer inspection some more things are wrong with it:

I already replace the touch screen (working OK now), home button and WiFi cable. I can see no damage to the logic board, and judging by the screws, it has not been removed.

I was thinking about replacing the headphone jack assembly, since this connects all the components which are (partly) failing: iPad 3/4 Wi-Fi Headphone Jack

The hardware issues seem logically connected to this part, but I have no clue about the seemingly software-related issues.

Any ideas that replacing this part will fix my hardware and/or software issues? Thanks for any input.

Everything is fixed after I replaced the headphone jack assembly! As you can see below, this part was torn by the previous owner. Thanks for the hints. 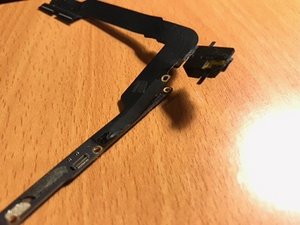 @toreskey Everything is fixed after I replaced the flex assemblies! As you can see below, this part was torn by the previous owner. Thanks for the hints.

@touretteskey Thanks, everything is as stated in the problem list, except the touch screen which is working allright now. I’m primarily not sure if I should be looking at the flex assemblies or the board (if that latter, I’ll ditch the thing).

The headphone jack assembly would be a good repair to complete and definitely worth it, but get the part from here: https://www.fixez.com/store/ipad/ipad-4/...

it’s much cheaper and I use their parts all the time.

Also you had mentioned the black screen on first boot-up and not being able to long press apps to move or delete them. Now that I think of it, before anymore hardware repairs, I would plug it into iTunes and restore it to see if you can get the boot-up to work properly and get it to where you can manage applications.

If you manage to get those software issues fixed, you can repair whatever you want to get a fully working iPad.