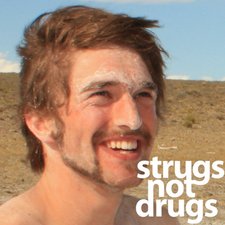 This is an incredible website, and it seems like many users have benefitted from suggestions made by others.

I'm experiencing an issue from an iMac I had willingly bought as a faulty machine. At the time of the machine's sale the seller experienced an intermittent problem with the iMac only sometimes working for days at a time. There would be intervals of time when the iMac would otherwise not boot for a few days.

Removing the iMac's glass screen and front shell, I can see the LED's and cabling clearly.

The machine does not chime, neither does the LCD screen come to light or keyboard/mouse seem to be responsive in resetting PRAM or booting with Target Disk Mode or boot-from-CD.

Would anyone suggest I double-check the PSU with a voltimeter, or single out any other components before I resort to the problem being a fault of the logic board?

I know its been a long time since this post has been written, but I have come across the same findings.

When I removed my video card and installed the logic board back and fired the machine up, 3 LEDS still lit up claiming that it found communication with the video card.

I was wondering whether or not you have found the answer to this problem or not.

Hey Akis P, thanks for writing!

I didn't find any fixes for this repair unfortunately. I sold the iMac on as I couldn't find a decisive answer.

Thanks for replying I narrowed it down to either the logic board or graphics card.

I'm 50/50 on which one there is since there is no exclusive test to rule one out. Because from what I'm told apple techs just swap parts to confirm the problematic part. And since I don't have that kind of parts inventory at the tip of my fingers. I will probably purchase a known used graphics card first and hope that fixes it. Since the card is way way WAY cheaper than the board.

Your problem sounds the same as mine - posted here: iMac won't start after HDD replacement - no chime, black screen, DVD

It only happened to me after replacing the HDD so I must have broken something while doing it.

I'd be interested to know how you get on- does replacing the Video Card fix it?

Also what is the model number for the video card, where did you buy it?

If fourth LED is not visible after power on:

• Verify cable connections between LCD panel and logic board

• Verify external video functionality, and according to result check the following items:

-If external display works then verify/replace LED backlight board

-If external display does not work verify/replace logic board

Is it possible for an iMac to chime and boot, without the fourth LED to appear lit? Let's say the LCD cabling is faulty only - can the iMac still boot with an external display?

I have machines that are running fine with no boot chime but usually when I do get a chime it has pasted POST (power on self test). I don't think it tells anything about the video. How's your external monitor test?

I'm sourcing a Mini-DVI to DVI, VGA or HDMI adapter to test that one out. I'll let you know the result - cheers Mayer!

I've made another finding.

In the meantime while sourcing a Mini-DVI adapter to test whether a secondary monitor would help diagnose the problem, I have dismantled the innards of the computer to remove the video card and inspect it. It doesn't appear to have anything burnt out or suffering damage. I returned the logic board into the machine again to test whether only two LEDs would light when switched on.

Three LEDs were lit when the computer was reassembled and turned on. As I would believe, the third LED should indicate the communication between the logic board and video card.

Would you say this finding should point me in any other direction to scope out?

Come on. Read the answer you've already been given.