Is my graphics card dead? If not, what could this be?

I installed Yosemitie onto my SSD without issue. The problem came when booting the OS. Random artifacts will appear after about 10 minutes. It is hard to see in the photos, but looks like a bunch of weird purple swirls.

At this point, only the mouse can move around, but nothing else works. I have to perform a hard reset. After that, i become stuck in a Boot-Loop (with a “your computer restarted because of a problem”) message unless I leave the computer off for at least 10 more minutes. I can always boot back into the USB installer even before that 10-minute period, but start seeing pink overlaid on all my windows after a few minutes.

The difficult part is that there are no diagnostic reports or logs to refer to. On verbose boot, ‘Previous Shutdown Cause” is sometimes ‘0’, but other times ‘-128’. On Apple Hardware Test, no issues are being reported, even in the extended test mode.

Any ideas? I am going to try and test with other operating systems too. 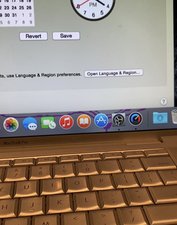 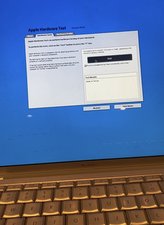 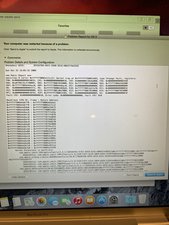 EDIT 2: The next morning it seems to be worse as shown in the following: 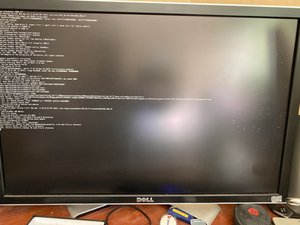 I tried plugging directly into my monitor, even with the internal display cable detached. 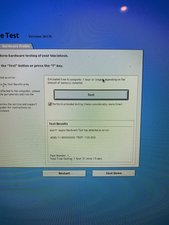 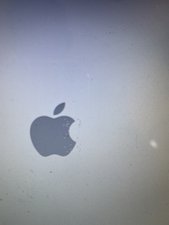 This finally happened. Won’t boot at all: 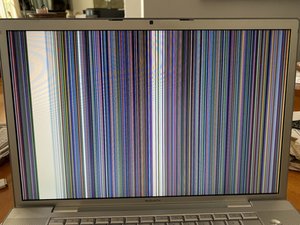 Errors seem to be related to battery and optical drive temperature sensors..Gpu issues are hardly caught by the hardware test but your last picture doesn't look good at all. Since you have the chance to return it, I believe it would be the case to do it at once.

Probably you have indeed a GPU failure, but best thing to get confirmation would be plugging your Mac to an external monitor or TV. If the artifacts appear there too, that’s the GPU. The first few lines of the error message you get after reboot should also report some reason for the crash but I can’t read from the picture you posted..bad eyes or bad picture ;)

Thanks for that! It’s definitely not your eyes I edited the post to add a more clear screenshot of that crash log.

I have had great success with these failing GPUs in the 2011 machines by controlling the integrated graphics GPU using gfxCardStatus Status.

@mayer I have done that with a 2011 Mac as well, but this one is the 2008 intel core duo. I’m not sure if it is capable of graphics switching. I also just bought this replacement board, so I can send it back if I find something wrong with it.

Ah, yes. The 8600M machines which were recalled due to GPU issues. I’m surprised yours lasted as long as it did. They all seemed to die off within 1-2 years, so you got one of the few that actually managed to last.

Yours isn’t showing the telltale signs of hardware trouble (distortion or black screen), so it may be something else. Is the version of MacOS installed patched or officially supported? It may be there’s an issue with patching it on your specific board, so you may need to revert back to an officially supported OS to see.

If that doesn’t fix it, the second thing that I would check is the RAM. It uses DDR2, so it may be expensive to test the RAM; consider the potential cost before doing it, especially if you have 2 sticks and can make it a $0 test. However, these generally ship with 1-2GB (1X 1GB or 2X 1GB) and factory 4GB systems are not very common. Check for a boot only and don’t use it as 1-2GB will be very painful or impossible to use.

If neither of these fixes it, it’s usually the GPU without exception.

@nick thank you for your reply. The computer officially supports MacOS El Capitan. I was running Yosemite. I am starting to see a slightly distorted 'apple' logo during boot now. I have a gut feeling that it is just currently 'failing'.

I was able to get an extended apple hardware test completed after my last post. There was only one fault code which i'll edit my post to include. I will also include the new photos of the apple logo and what single user mode looks like now. .

@max4545 That's the warning sign with these things. I'm not even remotely surprised that the GPU is dead. Just be thankful it didn't burn out in 1-2 years like the majority of us got to deal with.

I had one with the 1200p matte screen. What a machine it is because of that screen, but the GPU problems kill off any production use because it's a matter of when 100% of the time. I got an A1297 to replace it. Can't exactly blame you for keeping it around despite the known risks.

@nick i like the design too much. No other mac 100% metallic. Clearly cant use it for any of my intensive tasks, but for a mac that is still capable of running a patched latest OS, its pretty great.

You can get a replacement requirement of most likely $250-$300

Unless you can do it yourself

The laptop is rare at this time in the history off Apple laptops that go up in value with repair!