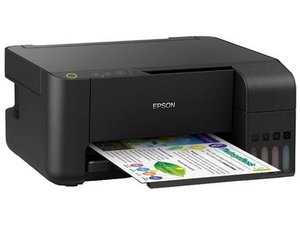 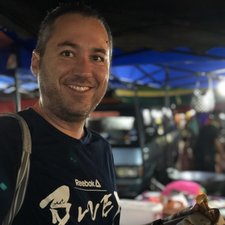 After initial setup and loading ink prints are blank

I just got an Epson L3150. After loading the ink (basically following exact setup procedure) and printer loading the ink (I assume) any type of print done (report directly from printer, copy or print from computer) comes out blank. I tried doing head cleaning couple of times and one time power cleaning but still no result. Any idea what can be the cause and how can it be fixed?

It sounds like the printer was DOA or there’s air in the lines somewhere and now it’s in the printhead :(. If this was a standard Epson without the EcoTank hardware, it wouldn’t be as hard to try and clear it while still being careful about it if the printer is returnable. The 1st generation ones use a setup that’s difficult to disassemble but still isn’t terrible for new DIYers. Once you got to the 2nd generation, they started to cost cut and in turn, made it harder to service but not difficult; not advisable for most unless the warranty was expired bad. Anything like the 3rd generation system is designed so it's borderline impossible to remove the "ink tanks" to access the printhead; you'll usually destroy these, so it's not something even I would try on a mildly viable one unless I gave up on lower risk methods. You're throwing it away if you mess these up.

Honestly if the printer is still under the return policy, return it now and try again with a similar model, or buy another brand (preferably laser, if you don't need photos, if you want it color lasers are still expen$ive but far less awful - I own a C3326 after my C3426 had HV issues with $300 in non-SWP toner I can carry over, so I know all too well and did when I decided to buy a color laser). If you just wanted it for the CIS, it's always better in the longer term to get a "standard" disposable Epson, never update the firmware on the current "black cart" series (reason being they love to use fake "security updates" on the modern "black cart" series to block clone ink, and make downgrading Apple painful. Do the math!); used grey carts are all so old the WIC issue is getting to them despite it stopping at a nag, don't touch those. The fix for those is when it clogs, you can remove the CIS and use cleaner to fix the issue.
As they break the "downside" is you pretty much have to replace it: The way to avoid issues is to alter the FW for a permanent fix, and block FW updates -- just void the warranty with the firmware mods when you can! It's dead once you use a 3rd party CIS anyway, since Epson will happily void it when they find out anyway! Ideally, buy 2 which can be FW modified. The warranty is there for Epson loyalists will pay $100 to get ink for a $50-70 printer, or pros who think it matters if you preserve it on a $150-250 wide format printer you pay off in studio time. The cost of the printer+CIS often ends up cheaper, or even anyway.
Even on a hobbyist level if I bought a wide format Epson, I'd put a CIS on it the moment I needed to replace one ink tank; the cost of a XP-1500 ($399) and most CIS units is as much as a ET-8550 ($799). I can probably get the XP on sale anyway, due to the ink margins... Not the 8550.

The upside is the disposable printer+3rd party CIS is serviceable, but you just cannot update the firmware for ANY REASON unless you used all of your other options since the black cart Epson's (post grey cart) are regularly updated for the sole purpose of blocking 3rd party ink. Legally, the CIS chips CANNOT register as genuine unless they want to deal with Epson’s lawyers, so they're all too happy to "incidentally" block it, or if you get one where it was spoofed just wait for a lawsuit to come out with a subsequent "security" update.