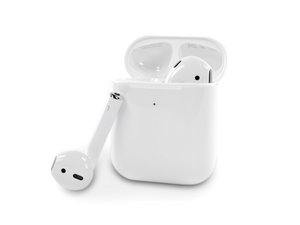 Both earbuds show up as separate devices, only one works at a time.

I have been having an issue where both of the airpods, when in the case, have the status light flash orange repeatedly. When one is out of the case and in an ear, it functions as it should. However, when the other is out, it does not act as a single device. Rather, it begins to think that the two are two separate devices. I’m not sure why this is, and Apple hasn’t given any help.

Does anyone have an idea as to why this might be?

You can try resetting them so they get paired together. Put them both in a case and with the lid open you hold the pairing button for at least 15 seconds. The case's internal light between the ‌AirPods‌ will flash white and then amber, indicating the ‌AirPods‌ have reset. (If you have a Wireless Charging Case, this light is located on the front of the case.)