The 2013 revamp of the desktop Mac series known as the Mac Pro. 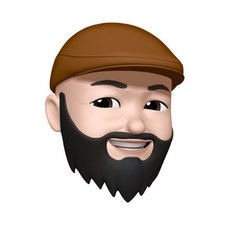 Hi, to make this short as possible

Note I also posted is also on another site and I’m gonna include everything with yesterday’s updates at the end.

I replaced the GPU on my Mac Pro 2013 and while doing that I replaced the thermal paste for the CPU too now the computer is not powering on ( No POST ) I have the lights on except the power button light is off .. first I thought it's something with the new refurbished GPU but it's not because I tested it with another working GPU.

After searching the net people are saying it might be :

Finally, I always take precautions like wearing an anti-static bracelet and not using any screwdrivers with magnets also changed the power cable connected it directly to the wall

TL,DR : I/O lights On except the power button No Chime No Fan Just the Lights for 15 sec then they go off .. PSU seems fine ( I might be wrong ) .. I put the older GPU back, replaced the battery with no luck.

I got #2 & #5 on while the computer is off .. will try to do power on without the lid I just need a magnet that I don't think that I actually have at the moment

UPDATE #2: I managed to find a magnet and activate the computer power without the cover being on ( if you wanna do it too just stick the magnet next to the power button outside the seam. )

Now thankfully I got all the Diagnostic LEDs on Green Light Except the first one which means everything is working !!!!! then why it's not POSTING !!!!?????

Also, does anyone knows how to check the CPU Riser LEDs without dismantling the whole thing and make everything dangling with a magnet stuck to the I/O it’s seems a little bit dangerous to do that?

UPDATE 3 : I just noticed that Error LEDs ( two RED ) on the logic board are on ! ... Still don't know what that supposed to mean.

CPU Check: This indicates that there is a connection issue between the logic board and the CPU riser card. Verify that

the edge connector on the CPU riser card is fully seated into the slot on the logic board.

GFXA Check: This indicates that there is a connection issue between the logic board and Graphics Board A. Check

the mezzanine connectors on both the logic board and graphics board to be sure the connections are fully seated.

GFXB Check: This indicates that there is a connection issue between the logic board and Graphics Board B. Check

the mezzanine connectors on both the logic board and graphics board to be sure the connections are fully seated.

Hello, my Mac Pro had the same symptoms, except that in mine the fan could be heard if you put your ear too close.

I thought it was the graphics card why it didn't give video and turned on, but I took it to an Apple Premium Reseller for a diagnosis and he told me that the CPU Riser Card had to be changed.

I think it must have overheated the CPU because the fan had started to fail me some time before I had unexpected reboots.

Before stopping giving video I had unexpected restarts, then it turned on randomly and finally it no longer gave a video signal.