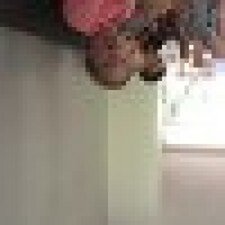 I just bought a 24” iMac for parts or repair that I'm trying to fix.

When I turn it on the disk drive still checks for a disc, the fans still spin. When I disconnect the temperature sensor they still start spinning really fast. 3/4 lights on the motherboard are on (from what I understand this could mean a faulty display or graphics card) but they are both in very nice condition.

There is no boot chime (this could be because I don't have a hard drive installed) I understand that it won't boot to anything without a drive present but from what I understand it should at least show something on the display.

I've heard that a similar issue to this, but then on a MacBook Pro was fixed by holding down the eject button on boot but for some reason none of the USB ports are outputting any power so I can't use the eject button on my keyboard. It really feels like it's fully functional but that i just can't see it as most basic things required to start up the computer are functional. I'm willing to try anything as I don't mind if I break it further (it was only 25 bucks) but I'd really like to get it to work again if possible.

I've also tried booting without any RAM installed and then rebooting with a single stick installed because I've heard that that works, but that didn't change anything either.

You need to check the onboard diagnostic LED’s 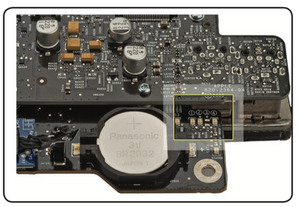 What are they telling you?

Then your graphics board has failed

from what i see it could also be the lcd panel. but it seems more likely that it is the power supply as usb ports are not working either. i will double check the graphics card though, thanks for the suggestion!