The disc drawer is not opening. How to fix it?

One day, I inserted the CD to the player and the display showed that there was no disc inserted. I tried to eject the disc, but the drawer did not open. It had suddenly stopped working after playing three discs and gave no sign: I heard nothing strange from the player after inserting the last disc. It was just sitting there.

First, I had to figure out, how to get the disc back from the player, so I took the service manual, disconnected the power and unplugged the power cable. (This is a laser product, so one has to be very careful and always have the laser covered when the power has been turned on.) 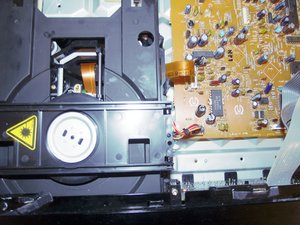 Image 1: It was easy to get the disc back from the player: after opening the device, lifting the two plastic tumblers on the right side to the left, allowed the removal of the upper part of the inside part of the drawer. 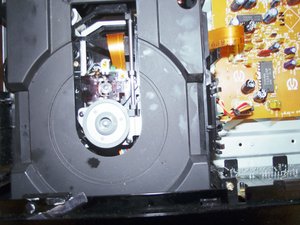 Image 2: Lifting the drawer outside manually was not possible in a similar manner than doing so for the PC disc drives: there was no small hole on the front panel of the drawer. But anyway, on the left hand side of the player, I felt the gearwheel and I was able to move it with my left hand. (It is not visible on the image.) One needs to move it only a little bit. After the drawer unlocks, it can be gently pushed by a hand. 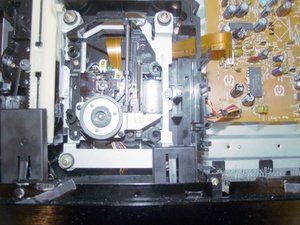 Image 3: After doing so, the belt and white part of the mechanism became visible. The belt of the motor was firmly on the place, so it was not causing the problem. 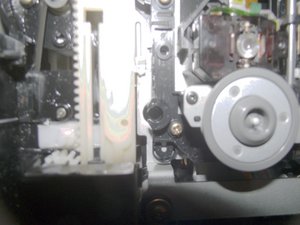 Image 4: I decided to upload one more image showing the locking tap and a smaller gearwheel. The drawer can be only lifted to the place if the white part of the mechanism has been pushed back and the locking tap is facing the groove on the drawer.

I added some lubricant, but it did not made the drawer functioning normally. What should I try next, or could it be possible that the motor itself is broken?