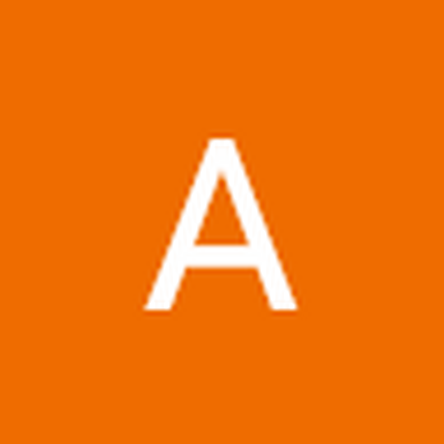 hello my mac mini from late 2014 is dead, after pressing the power button it does nothing, I already tested the power supply with another motherboard and it works, does anyone have any idea of ​​the motherboard components that should I check?

here I upload the photos of the motherboard: 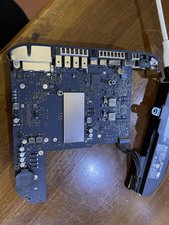 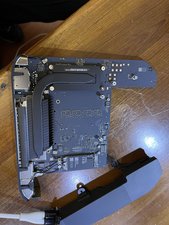 Here I send the photos of the area where I smell burning, this happens when connecting the power cord to the power supply:

I just found out that it is the processor that broke: 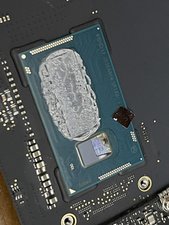 could at least take advantage of the ram memory and solder it on another board?

Hello, a friend has given me a motherboard that has a good processor but does not turn on, I have seen that this has a burned component, I will try to change it for the other motherboard to see if I can revive this 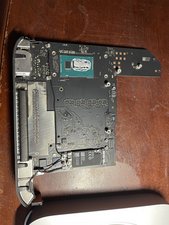 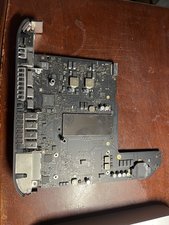 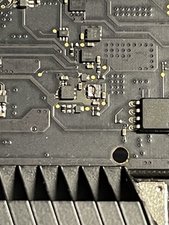 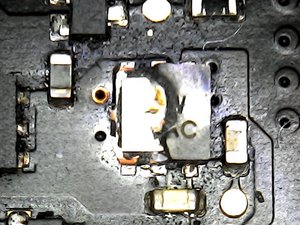 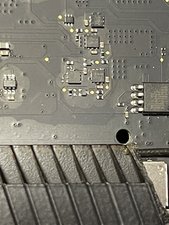 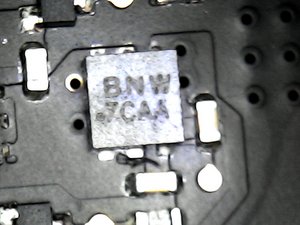 Does this motherboard have a fuse that I should check?

I just found another component in poor condition, in total it would only be 2 components that can be seen with the naked eye, I have not found more 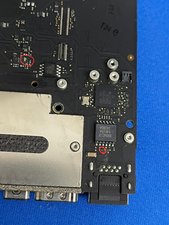 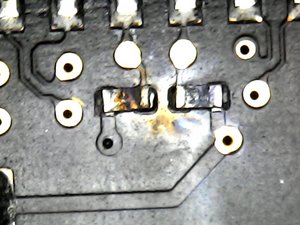 tomorrow I will try to change them and test the motherboard

Hello, thank you very much for your answer, I already tried that type of test, but when the motherboard clicks the power button it does nothing, it does not turn on or the start light that these mac minis have in front of them and neither does the fan move or hard disk or anything, it is completely dead, as if it did not receive power, after pressing the power button several times I have noticed that it smells a little like a burned component, but externally I have not found any part that looks burned or anything

I already uploaded more photos of the motherboard

@Andres A - I would take the heatsink off so you can see how the CPU looks. I've seen a few fracture from overheating.

As soon as you said smell I had a feeling.

Not sure if desoldering the RAM chip offer anything here as depending on what you have may not work in the other system. I’ve got two boards which I use to steal parts from to fix other systems. You might be able to get some value for parts

If you decide to replace the logic board here’s a listing of the P/N’s:

Thank you very much for your answer, I will change the motherboard finally

The component that looks bad in the pictures, is likely equivalent to the one on your original board. If it's the same model, and the board numbers match, I would wager they would be interchangeable. Just might have a different part number, but is still compatible.

I can see the board number on the new one, along the edge of the board near the short side of the shield covering the RAM. Which is 820-5509 (at least that's what it looks like, it's hard to see in the picture for sure). If the other board is also an 820-5509, then should be fine. I’m not sure what that specific part is. But bear in mind the fact that it failed, may indicate other failures on that same line.

thanks for your answer, tomorrow I will try to change the components