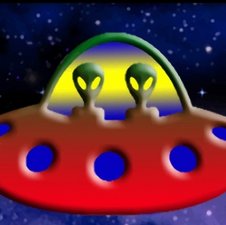 No boot, no chime after re-apply thermal paste to processors

To give a little back story...

I purchased this machine as advertised as a A1289 5,1 2010 2x12 core 2.93ghz (2x X5670, 64g RAM) in 2015. I loaded the provided 'supposedly new' Samsung 1TB SSD, played with it for a couple of months, then moved and the Mac Pro was stored and finally used again for the first time just recently in January. Found my 'brand new' SSD was having major issues. Upon running several tests, they all came back as unfixable. This machine was working fine and I replaced the drive with another Samsung 1TB SSD. Then I though about the integrity of the thermal paste on the processors and the northbridge. Upon removing the processors, they were fine, however, the northbridge was dry. Re-applied Arctic MX-4 and reassembled, taking care not to over tighten. I noticed this was a 2009 CPU board and upon further research it must have been flashed to 5,1. I'm currently running Sierra and am happy with that for what I do. When I reassembled, I got a white blinking power LED. Took processors back off, did more reading, tighten to 4 turns after re-inspecting everything, re-applied thermal paste, tightened 1 more turn, got a solid LED but no boot, no chime, just a 'whompf' sound from the inside, hard drive spin and that's it. These are no de-lidded processors, but there were two washers per screw post to make up the distance. In one of the many attempts at resolving the issue, I accidentally dropped a processor on the tile floor. I purchased another set of X5670 and I noticed that in my many attempts, I must have over tightened a heatsink. After purchasing another used A1289 2009 CPU board, replacement processors, re-applied thermal paste to the northbridge and different stock CPU's, same result.

Will I have to re-flash to get 5,1 or is that information stored in a different chip than resides on the CPU board replacement? I just thought of that while righting this dissertation, hi;-)

How to correct the issue? Get de-lidding CPUs? It was working fine before and it's not rocket science to reapply thermal paste and not over tighten. I get a red LED flash when applying the cord to the back, and also when powering on. Not constant, just momentary. Solid white LED from the power and the 'whompf' sound briefly, hard drive spin, fan spin from all fans including the fans located in the heat sink. I took the fan plugs out of the holder inside the heat sink and let them free to insure a good connection. I also purchased a set of X5680's, 3.33ghz, however, wanted to try the stock ones first, so I've not used them. They are IHS type like the X5670 as were the originals. Makes me wonder if there's anything wrong with the original CPU's. Any help will be greatly appreciated. It's been awhile since I've been stumped over a computer, but it is quite humbling especially when I'm in the business. Thanks again,

You didn't tighten the Heat sinks enough, it gets the best of us though.

Somebody else had the same problem,

"You have to set the heat sinks a lot tighter than you think you do."

Feel free to check out these guides