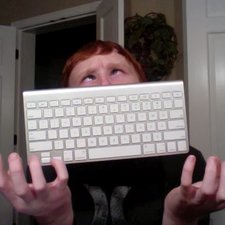 What could be causing no loading bar at boot? Only Apple Logo.

Upon startup, the machine chimes, boots to apple logo but never progressed. After multiple SMC resets, pram resets, and more reboots, it might on occasion boot completely normally to an OS. I figured it may be a degraded fusion drive, I have an external SSD that has Monterrey installed so when I try to boot to that, same behavior. So this 2017 27” iMac has known tested good oem Ram installed since I am able to test in another 27 2017. The bootpicker comes up no problem, it also is able to try to initiate a network recovery boot, however the at has only been successful one time out of the many many attempts. I’m not worried about my data, I have backups for that. Upon attempting a verbose boot to see what loads, it ends the centered prompt with “end randomseed”. However I have not seen a verbose boot start to load from the drive. Apple diagnostics btw say it’s 100% fine which is clearly not the case.

Any in-site on the issue at hand, and what logic board based components could be causing this?

Hate to revive a dead thread, however, there has been a bit of a development since looking at this computer. I notice that the usb4/thunderbolt controller may not be working. No device is able to connect to the mac using the USBC/Thunderbolt ports. Regular USB A works perfectly fine. After Pram reset and SMC reset, the problem remains. On the occasion when it will boot to Monterey, I can run a GPU and CPU stress test like heaven and endurance. There are ZERO artifacts or crashes when it is running, the computer can sleep, wake up, and function once on. I find it very curious. Any thoughts?

What happened when you try to boot up in Safe Mode Shift (⇧)?

Clearly your logic board has an issue! You'll need to find someone local to you who repairs logic boards. I'm suspecting the PCH chip and its support logic is the area you'll need to focus in on. But without moe diagnostics at the logic board level they is little more one can do here.

I just ordered an iMac with a shattered screen off eBay, same year and screen size. Just gonna swap the logic board from the shattered screen one to mine and call it a day. Confirmed it booted without issue on shattered one via external display hooked up via USB-C to HDMI adapter. Buying a logic board alone is double the cost of an iMac with a broken screen. Even comes with 16GB of ram. So I'll have 24GB of ram. Sell off extra cpu and broken logic board and components and probably come out just about even.

What you are describing sounds like a classic GPU failure. These often work in “lower” modes like recovery etc as the GPU driver is working in generic mode - i.e. it is not trying to address any of the advanced features in any way.

Doing the same via a known good OS externally suggests it is not a HDD / SSD failure. Consistent fall over suggests that the RAM is OK.

Trying Safe or even Target Disk mode would help prove things. As the Intel CPU's graphics engine would fire up.