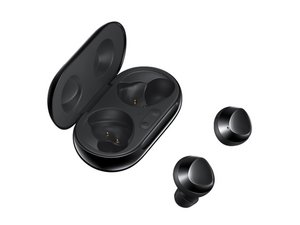 Microphone audio unusable in one ear Samsung Galaxy Buds Plus

My left earbud has really bad audio. The right earbud sounds fine but the left one isn't as loud and it has a hissing sound similar to TV static or a high pitched squeal.

I'm pretty sure this is because of the buildup in the tiny holes (which I assume are for the microphones) on each ear bud getting clogged with debris and gunk (maybe I broke the mic by inserting toothpicks in too far too many times) and that these have been drenched in water and I have not dried them fast enough with a heat gun.

I have used 99% Isopropyl Alcohol but nothing seems to get the left earbud's mic to work properly again.

Any idea on where to go from here? I have not decided to open them up but I have the tools to do so and that might be the only way.

Thanks for your time for reading this

Ok I think I managed to fix it. I don't know how long this will last for as it still seems to have a finicky behavior.

The problem I have now is that the left earbud takes a few tries of inserting it into the ear to detect that the mic works with ambient audio. I believe its due to the mesh ingress right next to the two golden colored contact pins (which I think is responsible for detecting if the earbud is in your ear, therefore capable of replaying ambient audio to you)

If anyone wants a fix, I'd recommend using a toothbrush or some vertical thin brush bristles able to fit in said ingress, along with IPA if you have that. (it also might be worth doing the same procedure to the metal grille and the microphone holes if they seem to be clogged up too, but be gentle)

Brush up and down and in a circular pattern to get the buildup stopping the in ear detection from working, and then finally dry up the isopropyl alcohol before powering them on.

Sometimes I need to temporarily heat the left earbud up for it to detect that it is in my ear and re-insert the brush. After that if it still doesn't work wiggle the earbud while in your ear for the detection to do its thing, hopefully allowing you to hear the ambient audio.

Hope this helps anyone with a similar problem.

I am having a similar issue - my callers tell me they can't hear me, or that I sound very distant. It doesn't seem to be software-based as everything is updated after a reinstall. Did you find a similar issue with the microphones for calls?

OPTION1: Put ur ear buds in ur ear PROPERLY.

OPTION2: go to GALAXY WEARABLE APP > in-ear detection> and turn it off

I also had a problem like this with my galaxy Buds Plus where they had Gotten Wet so i used a heating pad to heat them up then removed the cover. the trick is to fully disassemble them and clean each part and dry it. after that download the samsung buds app and you have to update and fix the buds. This app is available on both iOS and Android. Hope this helped.