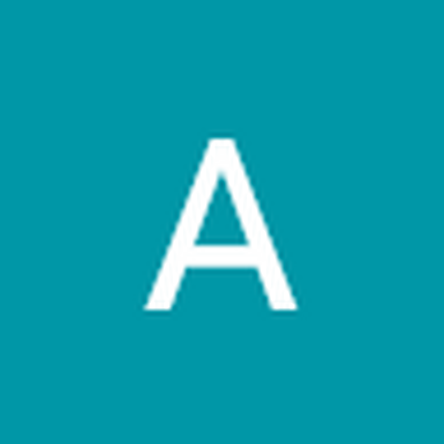 The love, the hate and the white light.

Dear fellow, in short I have come to a problem of the mac pro 3,1 white light no boot. Since I have two mac pro 3,1 it should be easy to find out the problem by changing parts on them, at least that was what I thought at first, but things go weird. Here comes the story, I am going to give you as much information as I could, because it might help, devil in the details.

Last year I bought two retired mac pro 3,1 from a studio, I am using one of them for everyday PS , AI and some web browsing nothing heavy. Another one have only one 4core CPU, and a broken case, so I leave it unplug and keep it save for spare. Every week , I would plug and boot up the spare mac pro, make sure it is still working. From here, let say the using mac pro is mac pro A(2 x 4 core CUP + AMD 5770 GPU + 32GB ram) and the spare one is mac pro B(1 x 4core CUP + Nvidia 8800 GT GPU + 4GB ram)

Few days ago, I bought a AOC 2236vw monitor from a second head market, which should replace the cinema display(with broken screen). So when I back home , I replaced the cinema display with the AOC monitor on the Mac Pro A. Later that night, I found that the Mac Pro A have serious fans noise and no response(black screen). I force the Mac Pro A to turn off by holding the power button. After that, I try to turn it on again but this time only have white light on the front panel, the fans do spin(no sound, not hight speed) ,also no boot chime. So I try to manual reboot again, this time I heard two "tick" sound from the power supply, the first "tick" happen when I push the power button(white light on), the other "tick" a few second later and the white light off. After a few manual reboot, the Mac Pro A keep stay like that.

At this point I also try to boot with the CPU one by one , no luck with that.

Well well, however Mac Pro A did boot into system, but just one time, after reboot it go back to the white light situation, no more success boot that day.

And the next next day, mac pro A did get boot into system sometimes, but it would fail if I try to reboot it. And a few hours late it might be able to boot or it might not. The power supply of B stay dead.

If I have a successful boot, the optical drive will make a noise .When boot into system, the mac pro A work normally, I put it in to the cinebench r23 test, it will finish the task. Sometimes if I leave it power on long enough, it will shut down by itself and not boot again.

I have no clue if the aoc monitor have anything to do with the fail. I do not think linking the mini display port could cause any of this, it should be just coincidence.

I do a lot of google search about mac pro 3,1 white light problem, no luck, I am running out of idea. Here is my last hope.

It seem that the mac pro 3,1 long white light problem have no systemic answer so far. I hope I provide enough detail for the community the know more about this. Hope we can fix this in the future. 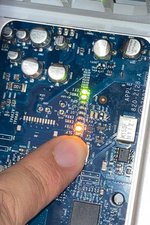 this is the Logic Board Diagnostic LEDs when the long white light happen on my case. Some other people on the internet seems to have the same result of this.

Thank you for your attention, wish you good luck, keep healthy and keep happy.

Hallo mate, did you check all internal cables? Also try turn on the power supply manually (if it's possible, I know you can do that on normal ATX PSU but not sure with Mac PSU).

The Mac Pro 3,1 PSU does not have a manual on/off . I think the cables are fine. None of them have any damage on the outside, the chance of cables malfunction should be low. I have check all the port and find no damage and no dust accumulate. The mac pro 3,1 is an old model, the contact might have some kind of oxide, but those should be no big deal, usually after a few unplug and plug they should be good.

Manual switch I mean connect some wires ( with ATX PSU, when you connect I think 4th and 5th wires it's start running) to me it's look like the PSU maybe the issue, maybe capacitors inside (usual problem with old PC MB).

Could be. The only PSU gone bad yesterday, so none of the mac pro can boot now. It comes to a "tick" sound when push the power button, no white light no nothing, there would be another "tick" a second later. The Logic Board Diagnostic LEDs show only the "stby" ,when pushing the Diagnostic LEDs button. What cause both PSU die in this short period of time?