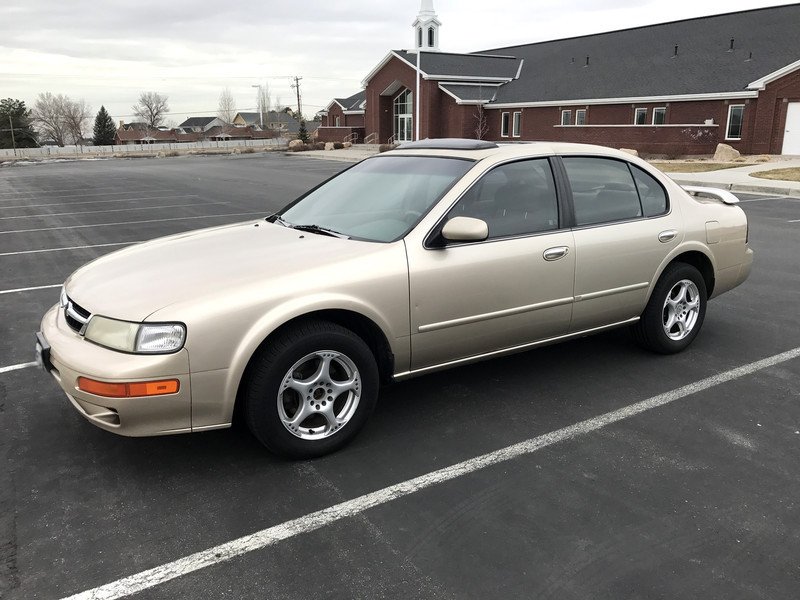 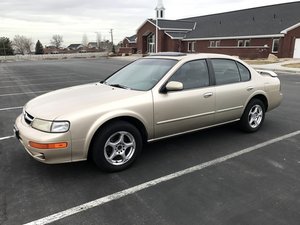 The Nissan Maxima is a full-size car produced by Nissan and sold mainly in North America, China, and the Middle East. The Maxima was introduced in 1981 for the 1982 model year as the Datsun Maxima. The Nissan Maxima has its origins in the Datsun/Nissan Bluebird, though the Datsun brand was phased out in favor of Nissan for the 1985 model year. In some markets outside of North America, the name “Maxima” has been used for the Nissan Cefiro and Teana.

The fourth-generation Maxima was released in May 1994 for the 1995 model year. The fourth-generation is also called the A32 series. A VQ30DE 190-horsepower, 205-foot-pound 3.0-liter V6 was the only engine option for the North American market. The independent rear suspension of the previous generation was replaced with a lighter torsion bar solid axle system, which was part of a general trend of cost-cutting by Japanese manufacturers in the 1980s. In 1996, the Maxima’s exterior was redesigned for 1997 with five-spoke alloy wheels, plastic headlights, and redesigned tail-lights, fog-lights, and a chrome grille insert.