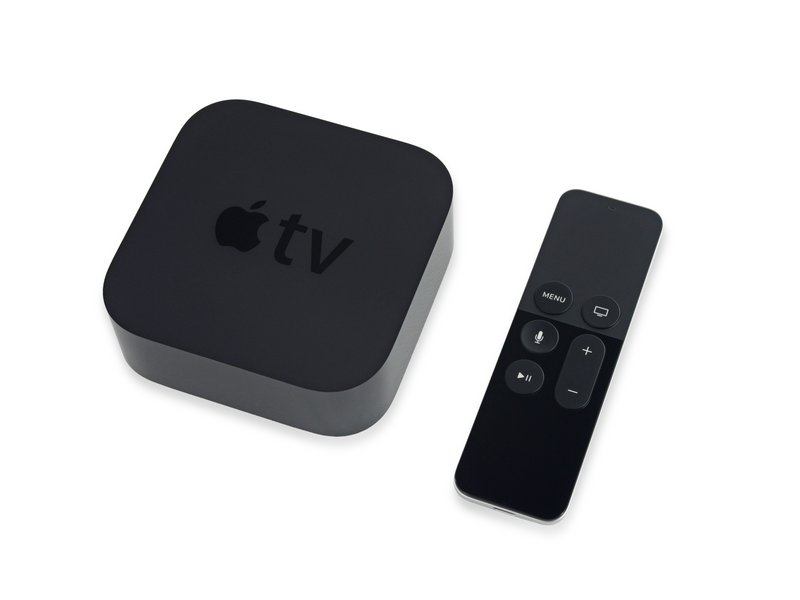 Apple released the fourth generation Apple TV three years after the previous model. On the outside, it's about 150% larger than its predecesor, measuring in at 1.4 inches tall and 3.9 inches across with the same matte black shell. Notable hardware upgrades include an Apple 64-bit A8 processor, Bluetooth compatibility, and 2GB of RAM. Also new to this model is a TV app store open to third-party developers. This model is available in either 32 GB or 64 GB versions.

Several key differences between the 4th and 3rd generations include the elimination of the optical audio port, an upgrade to HDMI 1.4, and a USB-C port in lieu of Micro-USB for connectivity. The 4th generation device is also capable of playing 1080p at 60 frames per second compared to its predecessor's 30. The 4th generation also meets ENERGY STAR 4.1 requirements (as opposed to 3.1).

The TV remote, now called the Siri Remote, also saw some major upgrades, including Bluetooth 4.0, an accelerometer-gyroscope combo, and a touch-sensitive glass panel. As the name would imply, the Siri Remote also brings Siri functionality to the Apple TV line, allowing you to use voice commands to control what's playing.