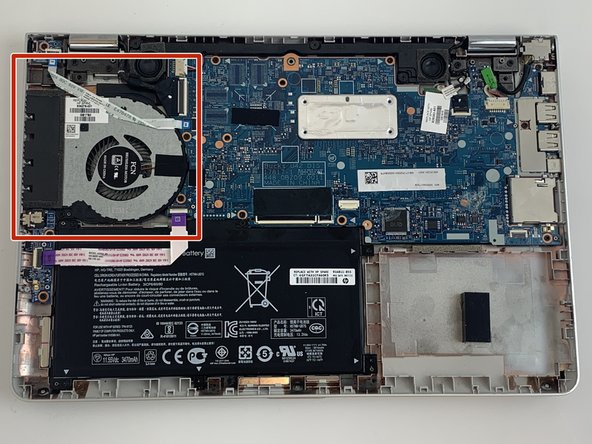 This guide will help you replace the cooling fan in your HP Pavilion x360 14m-ba114dx laptop. The fan is responsible for keeping the laptop cool and dissipating heat that builds up as a result of the electronic components in the laptop. If your laptop is extraordinarily loud, is making strange noises, or is overheating, there may be a problem with your laptop’s cooling fan. Please visit this troubleshooting page for possible solutions to the problem. If none of these solutions work, use this guide to replace the fan.

A prerequisite to this guide is removal of the battery. If you notice once the laptop is open that the battery is swollen, remove it with caution. If swollen, do not charge the battery, keep the battery at a stable room temperature, and dispose of it properly at a recycling center. This page will help you deal with a swollen battery.

Also, make sure that you unplug your device from any external power sources and completely power it off before beginning this replacement.