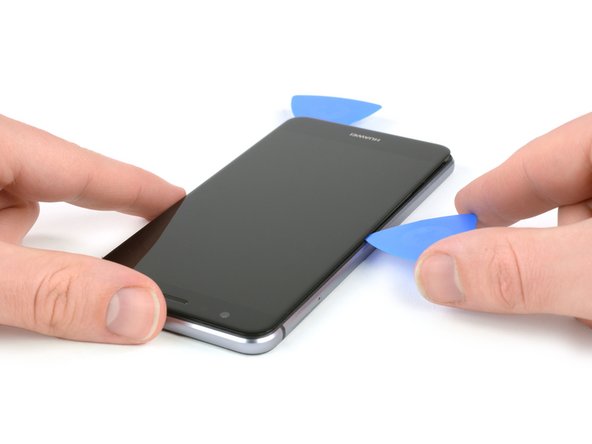 Use this guide to remove and replace the display in your Huawei P10 Lite smartphone.

To protect your eyes from glass shreds and get a better grip to open the phone you might want to apply some tape onto the screen.

When reassembling apply new adhesive where it is necessary.