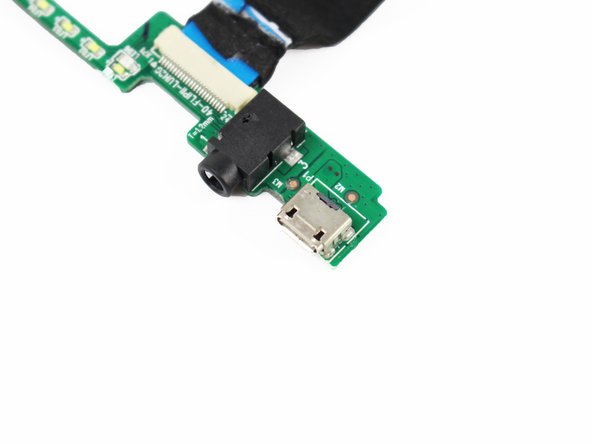 The MicroUSB port can be found on the I/O board. We will focus on removing the I/O board first and then welding a new MicroUSB on.

In my model MicroUSB is on separate board and both ports were covered by min. 20ml of hot-melt adhesive.

I spent hour on cables separation by sponge pieces - it is very important to use again hot glue to restore hermetic (!) speakers encloser, otherwise you get annoing sound of shaking cable.

Mine was like that too! %#*@ hot glue made it a pain to pull the usb out. sadly i need a new usb board... mine 2 pads were completely gone... not worth trying to even fix the contacts...

Good clear guide, but as reported by other earlier, steps starting from 17 will be different in case I/O board with USB is a separate piece of board covered with glue. You need hot glue gun to reassemble the unit after replacing the USC socket. Guy in below link shows the struggle with the glue: https://www.youtube.com/watch?v=N6ahpRyK...

Anywhere I can just buy the whole usb i/o board?

Did you find it and where ?