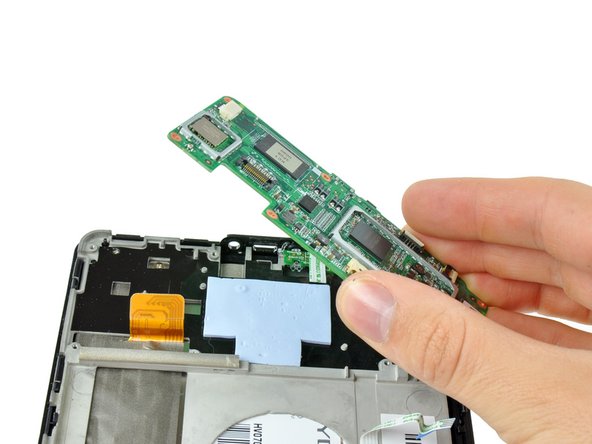 Use this guide to help you replace a damaged motherboard in an Amazon Kindle Fire.

These are excellent instructions. Unfortunately, it's impossible to find a motherboard for a first generation Kindle KINDLE FIRE 31KC1MB0090 for the D01400. I just spent an hour searching the Internet including, eBay, powerbookmedic.com and Pronto.com. PowerBookmedic advertises the motherboard but they are out of stock. If anyone has any sources, I would greatly appreciated it.

I did it! I removed the Kindle Fire 7" motherboard, replaced the USB connector with one bought from a vendor on eBay, and then reassembled the Kindle with a fully functional USB connector. Your guide made it an easy project for a couple hours on a Sunday afternoon.

Soldering the fine-pitched connector is probably not for the faint of heart, but I have a good temperature controlled soldering station and a lighted magnifier that made the task eminently do-able.

I would not have tackled this project without your step-by-step guide and Plastic Opening Tools.

I didn’t rip the sensor ribbon but the touch screen isnt working. It’s all connected as should be