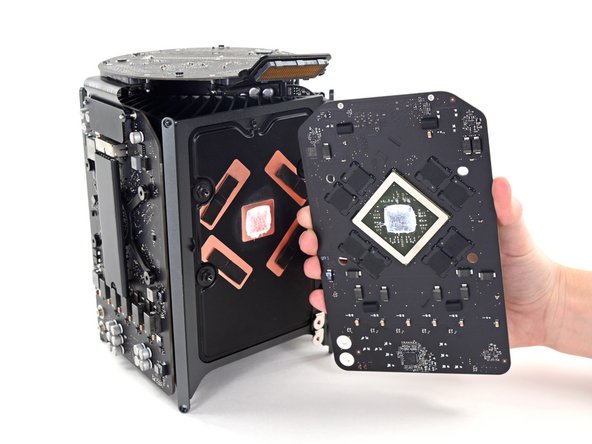 Use this guide to replace either of the dual graphics cards in your Mac Pro. The procedure is shown on one card, but it is essentially identical for either.

When you're replacing your card, be sure to reapply a layer of thermal compound.

hey! is it possible to upgrade the GPU or is this just for replacing exactly the same part?

I am guessing you can upgrade them with OEM parts, but where would we find them?

I have the D300s, and would like to upgrade to the D500s or D700s. Where might I find the replacement graphics cards? Also, any recommendations on service providers who would do this procedure?

I'd love to know this as well. The only reason I picked up the ,ad pro was the potential for upgrades. As it turns out D300s are crap. I can't even run boot camp properly.

Is it possible to put Nividia cards in?