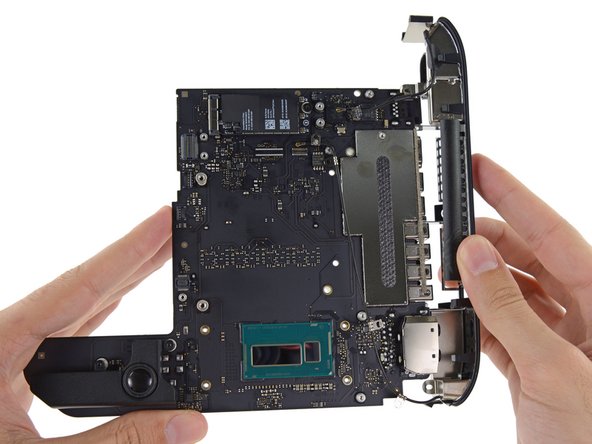 Use this guide to replace the I/O faceplate, including its integrated antennas, on your Mac mini Late 2014. On some models it may be possible to remove and install the I/O faceplate without removing the heat sink; in that case, feel free to skip the steps for heat sink removal (just be extra careful not to damage the I/O faceplate cables).

This guide was made with a Fusion Drive Mac mini, and may have more connectors and components than your model. Don't be alarmed if you're missing a hard drive or SSD connector!

Removing the I/O Bezel does not require the removal of the heatsink, so I have edited the guide to reflect as much. This makes the process much less complex.