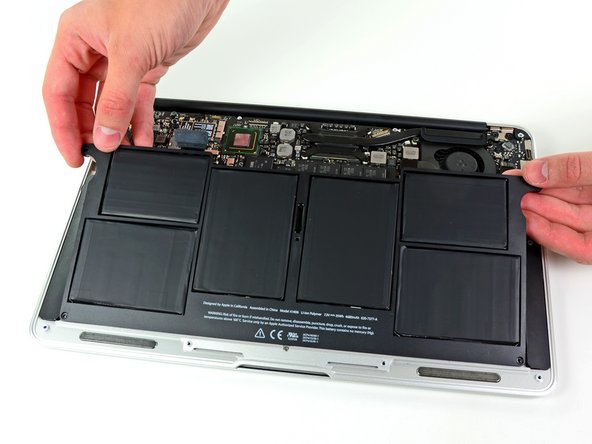 Follow this guide to replace the battery on your Mid 2012 MacBook Air 11”.

I followed the directions in the reverse order, but now I have the old battery in my laptop again. Help?

I love you Jenny. That is all.

Great guide. Identified my parts, ordered them per the suggestions, and had the battery swapped out in 10 minutes. I like to use a magnetic sheet to hold and organize my screws for repairs like this - it keeps the proper size screws in the proper holes. If you don't have access to magnetic sheeting like I do from my graphics shop, an oval car magnet or a fridge magnet will work as well. The screwdriver recommended are of better quality than I expected. Thanks Ifixit.

I want to marry Jenny