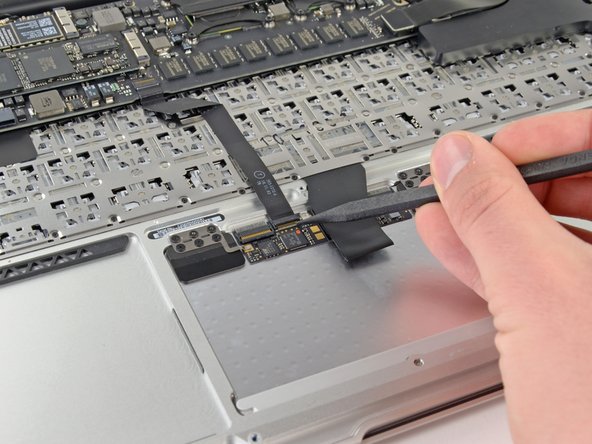 The screws are not Philips 00. They are smaller than Philips 000. I am looking for a screwdriver in that size.

I have the iFixit toolkit, and the PH000 tip simply did not fit into the head. The J000 tip could remove a couple screws, but started to strip the head of two others before I stopped. The tip almost stripped the two I removed on reinsertion.

The replacement trackpad comes with a set of these screws.

No pictures : impossible to use

Hey Pierre! There was an Amazon service outage that affected the images on this page. Take another look, you should be able to follow this guide now! =)