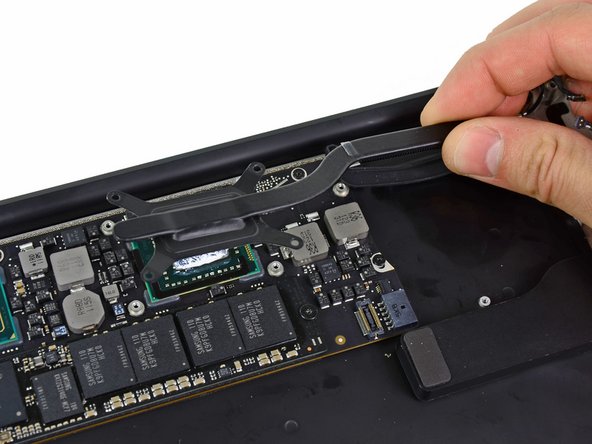 Use this guide to replace the thermal paste or heat sink.

I just swapped out a snapped heatsink & faulty fan, now the Macbook Air fan is on full within 20 seconds of boot & the mouse is lagging like crazy.

I’ve been assembling & repairing computers for years, so know how to apply thermal paste properly, so I’m wondering if I’ve missed something crucial here. Anybody else had issues after replacing the heatsink?

Replaced the 6 year old dried up thermal paste with liquid metal, worked like a charm!

Hello Gabriel, did you only replace the thermal paste? Or did you install a new heat sink too? My Macbook Air is overheating and shutting down. It has gotten worse over time. I am wondering if just cleaning and replacing the thermal paste will work? What do you think?

On my Air the fans were running a lot, but no overheat shutdowns.

I replaced only the thermal paste and after that that the fans rarely ever turned on.

Can I do this without removing the fan and input board? It is possible to loosen the most right screw holding heatsink, I tried. So why do i need to remove so many other things?