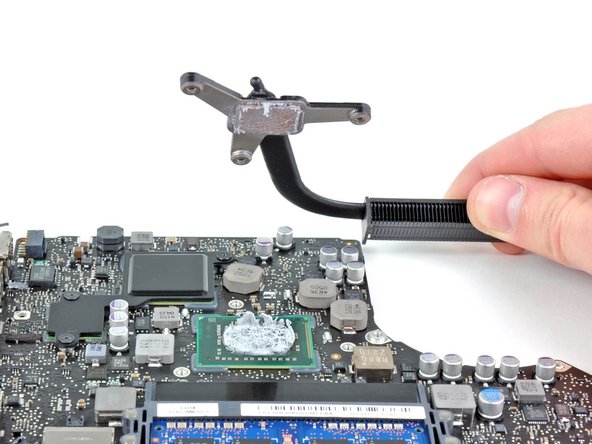 Great Guide thank you Phillip for providing it here. I could not have brought my MacBook Pro back to life without it! I used it to swap logic boards from a case damaged, but working MC724 into a water damaged MD313 with a pristine case.

Should be fine Guillaume, things to note are: The serial number will give the old info of the old main board. Also the CPU cooler my be different, on 1 I noticed the cooler has 2 fans on the 2.3Mhz it has 1. Assuming you have both cases in front of you, I don't see to much of an issue.

I would advise taking the memory out sooner then the last step, as while your trying to maneuver everything around it seems the sticks could get in one's way or even worse break off the retaining tabs for the memory.

Hey guys, I changed my logic board but now I’m not getting any audio. The headphones nor the speakers seems to be working. Can anyone assist me or suggest what can be done to fix this?