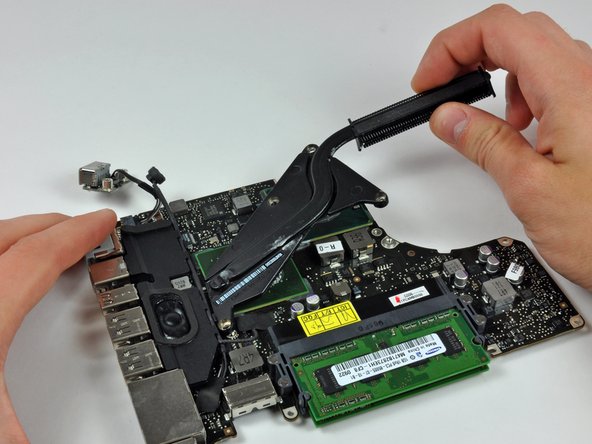 I enjoyed the process and the fixit guides are great. But I had one potentially fatal issue with the heat sink replacement guide (to apply thermal paste ). The guide says to "Pull the display data cable connector straight away from its socket" when it should say "gently pull it to the right in order to dislodge it from the socket, never pull upwards". I pulled it upwards because I did not realize that it was a "sideways" socket, and almost broke the socket and had a blank screen on startup (gently righting the bent socket with a tweezers fixed it).

Thank you for this write up. I was able to change out a bad logic board on my mid 2010 macbook pro that my ex wife had ruined with a spill of a soft drink. The heat sink on the new-used logic board was in worse shape than the original heat sink, so I had to swap them out. Wouldn’t have been able to do that without this guide. Once again, many thanks on helping to get new life into my 10 year old macbook pro :D