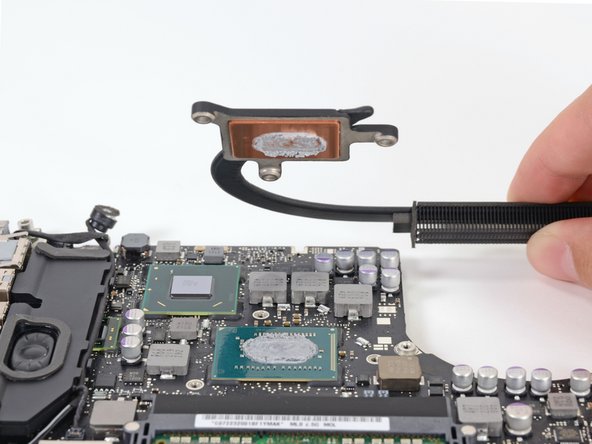 I recently replaced the heat sink in my MBP and now I'm having some issues. I reset the PRAM and have been trying everything possible to get it back to a normal running state.

The computer was having some heat issues and after some research I determined I should probably replace the thermal paste on my heat sink. So I did. Then, after putting the computer back together, I turned it on and a number of issues seemed to arise.

1.) The first issue that seemed to arise was that I could only turn on the computer with the power charger plugged in (even though the computer battery sits at 98%). This is still an issue, and sometimes pressing the power button (including holding it does nothing.

2.) At first, the only keys that worked were Q-I, A-K, and Z-M. However, those issues seemed to resolve themselves after I went back through my Mac. I reassembled it and regained usage of many more keys and now it seems that the keys that aren't working are both Shift keys as well as the top row (esc - eject).

At this point I'm stumped. I found that if I plug in my USB magic keyboard I regain full access of my laptops keyboard but the power button is still and issue. I feel like all these issues must be somehow related, but I can't seem to find the culprit and I would rather not bring the laptop into a repairman quite yet since usage isn't urgent (I have an iMac I use for primarily.)

Thank you in advance for the help!

Thanks, you’re a lifesaver! It’s much easier than I imagined. Used this to replace the old thermal past with some Arctic Silver 5. Temperature differences are surprising. During the break in period it went from 60 degrees Celsius idle to 50 degrees and from max 105 degrees Celsius under heavy load to about max 90 degrees. Now after a 24 hour break-in period it went down to 45 degrees idle and 85 max under heavy load. Will update if there’s any changes after the full 200 hour break-in period specified by the manufacturer.

Reporting back. Temperatures now @ 41 degrees Celsius idle and under full load between 81 and 85 degrees. System is stable again like before. This really solved a lot of problems for me!

Seems I’m facing with same issue. I’m testing temperature with “Intel Power Gadget“ application. Idle temperature is about 65-70 degree and during high load is about 100. Hope changing old thermal past will help me.