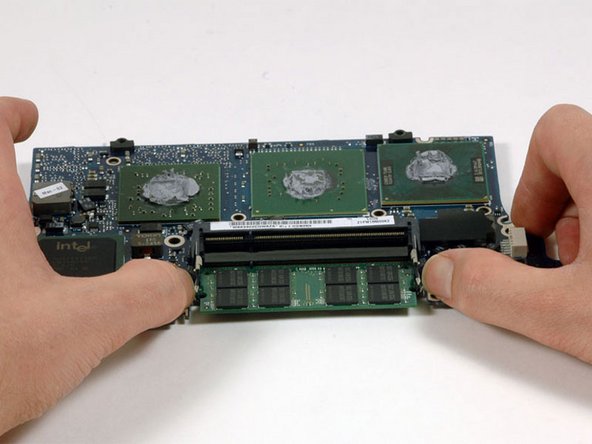 Buying the part, it says that thermal paste is needed for installation. Where?

The final part says to just follow the steps in reverse order to reassemble--that isn't quite enough information. It is critical *not* to snug or overtighten the memory door screws from step 2. The screws pass to the bottom of the keyboard, and the keyboard is made of a light material that deforms easily. If you overtighten the screws it will bend the keyboard out of shape and the spacebar will not work properly.

After installing the screws on the memory door, then test that the space bar goes down and back up properly. If it doesn't back the screws out and try again. Do not proceed with the rest of reassembly if the keyboard is not working.