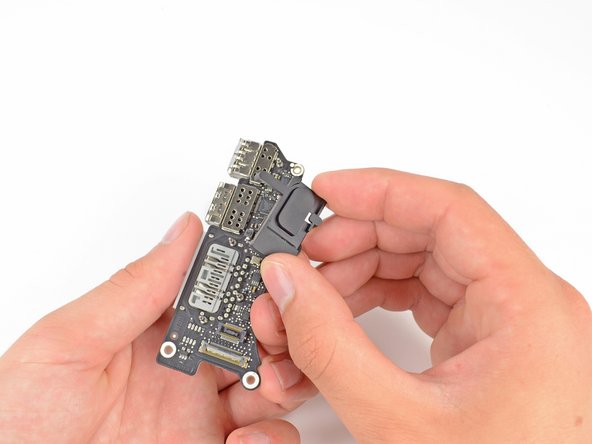 Use this guide to install an I/O board containing a USB 3.0 port, HDMI port, and SDXC card reader.

I broke the plastic thing on the IO board. Can i use it without the plastic or do you think it is possible to find it anywhere?

i have i/o board fried .

it can cause the laptop no to star or i have another issue ??