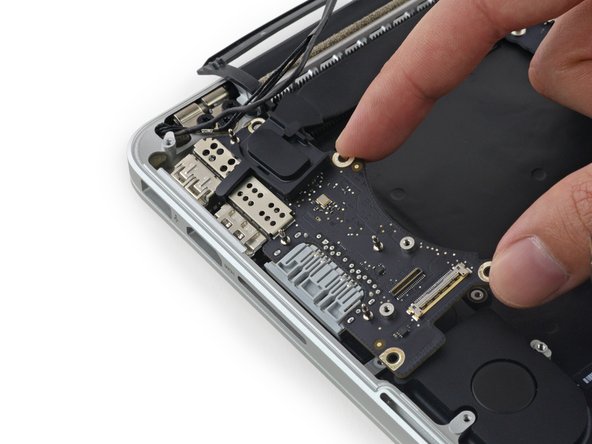 Use this guide to replace the I/O board containing a USB 3.0 port, HDMI port, and SDXC card reader.

It's not strictly necessary to remove the SSD in order to replace the I/O board, but doing so provides some additional clearance to make this process easier. If you are comfortable replacing the I/O board without removing the SSD, feel free to skip the SSD steps.

Be _VERY_ careful with the connector on the end of the I/O cable. Especially since it abuts to the speaker. It is easy to insert it diagonally but that could break the edge pins on the connector. Step 19 of this job (and the inverse) needs at least three hands.