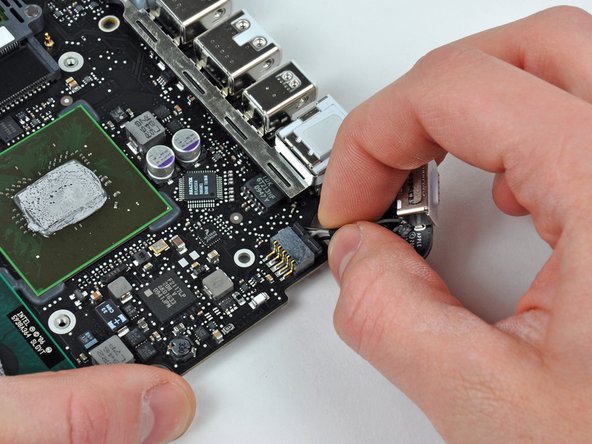 Starting in Step 10 there are very delicate connectors that are easily broken. I first attempted to lift one with a spudger and noticed it begin to crack. I found an alternative way that worked perfectly for all of these types of connectors. Using 2 straight pins, press the point of each one just on either side of the connector, between the connector and the housing. Then use each pin to evenly pry the connector up. It will pop right out of the socket with no damage.

My macbook has been gradually getting hotter and running slower. Recently it started displaying some weird behavior that I assumed was a failing HD since it's 5 years old. I ran the extended Apple Hardware Test (more than once for confirmation) and got the following error: 4SNS/1/40000000: TN1D-104.000. Googling suggested that the CPU's northbridge was reaching a temperature of 104 deg. C and that macbooks have issues with overheating that can be attributed to poor application of thermal paste.

I followed this guide. The fan, heatsink fins and the underside of the logic board were almost completely clogged with dirt and cat hair. Got rid of it that, cleaned the excessive globs of dried up thermal paste, reapplied thermal paste and put everything back together. The macbook is now running cooler and faster and video is running quite smoothly which was an issue previously. I reran the Apple Hardware Test which reported, "No trouble found".

Hi, I have a mac book 4.1 with a gma x3100 32bit graphic chip, white plastic enclosure just like the one in the pictures.

The tutorial seems pretty detailed, great job, I feel confident I can get through without problems but I have a couple of questions.

Which logic board model will suit my mac book best, I also read that the heat sink and the SuperDrive connectors may be different, is that true?

I'm about to replace the logic board, assuming everything gets connected properly should it just boot up like nothing ever happened? Will I lose any data?