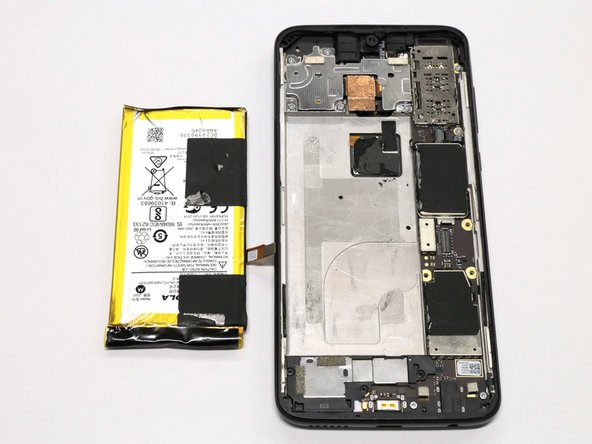 The Motorola Moto G7 Plus (model XT1965) features a 3000 mAh Li-Ion battery. If a user has had the phone for a long time, the phone will lose its charge at a much faster rate than when it was new and the battery may need to be replaced. If troubleshooting doesn’t work, use this guide to remove the battery from the Motorola Moto G7 Plus. This guide shows you how to remove the battery with a prerequisite for taking out the screen. Before beginning the repair, make sure the device is turned off, disconnected from any external power sources and discharged to 25% of the device’s battery life for safety. Gather the suggested tools listed below and a new Motorola Moto G7 Plus battery. Heating is optional, but makes adhesive removal easier.

bricked, the display is not recognized anymore after re-attaching

as an additional information: my phone is bricked, because i severed a connection of the display, which is located at the bottom of the phone - you should only enter the pick up to a depth of ~ 2-3mm at the bottom!