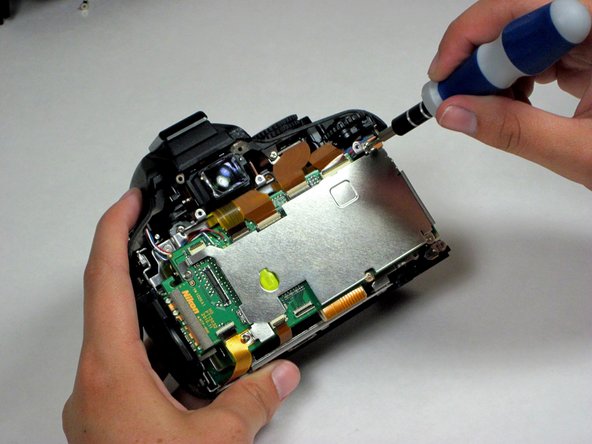 Your camera's motherboard, the main system circuitboard which processes inputs and produces outputs, is essential to system operation. This guide will teach you how to access and remove the D5100's motherboard.

Thanks for the guide. I would not have attempted this without your help.

After replacing the main board, the only issue I am having is that the top focus point is not lighting up when I select it. It still works as a focus point, but is not light in the view finder as red. I probably did not perfectly seat one of the ribbon cables. It would be nice if someone new which cable controlled lighting in red the focus dots in the viewfinder.

Hey David, where did you get the new mainboard from? Know of any website that sells them? I need one for D5000. Thanks!

ebay seller from chicago area has tons of nikon parts

(i'm not that seller)

Thanks a lot for this beautiful guide. My D5100 is fix now.