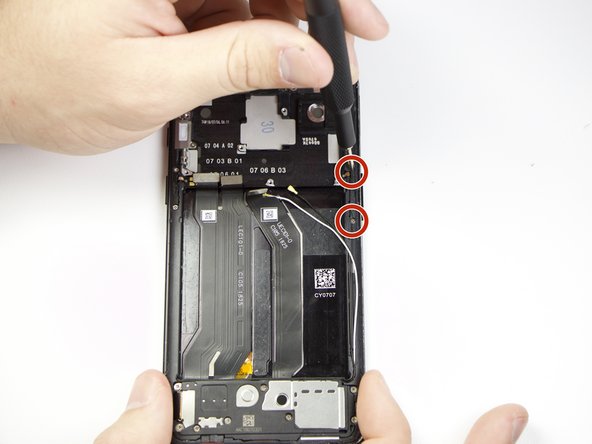 Before using this replacement guide, make sure that no debris is lodged between the buttons and the phone as it will prohibit the signals from the buttons to be observed. Loose connectors to the power buttons can also result in disruption of the relays sent to the motherboard. Be sure to check out the troubleshooting page to see if a solution can be found without a replacement.

The first step in this replacement process is to remove the back panel of the phone, which is made out of glass. Make sure to be careful removing it that you do not shatter it.

Make sure to turn the device off and to unplug any outside power sources before starting the replacement.