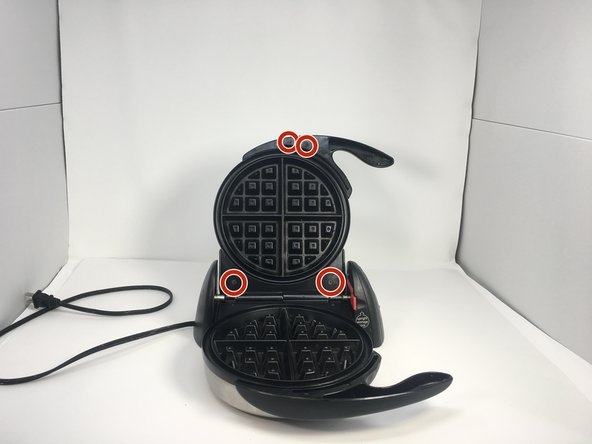 Waffle irons are equipped with a thermal fuse that disconnect the circuit once a certain temperature is reached to ensure the appliance does not become a hazard to users. A thermal fuse is a single-use device, and once it burns out the waffle iron will not function. This guide demonstrates how to replace a burnt out thermal fuse and return the waffle iron to working order.

To reassemble your device, follow steps 1 and 2 in reverse order.

To reassemble your device, follow steps 1 and 2 in reverse order.

Out of curiosity how are the heating elements wired in this waffle maker? Are they in series or parallel?

Won't the solder melt when you turn on the waffle iron? Duh

Yeah, I think you need to clamp or spot-weld?