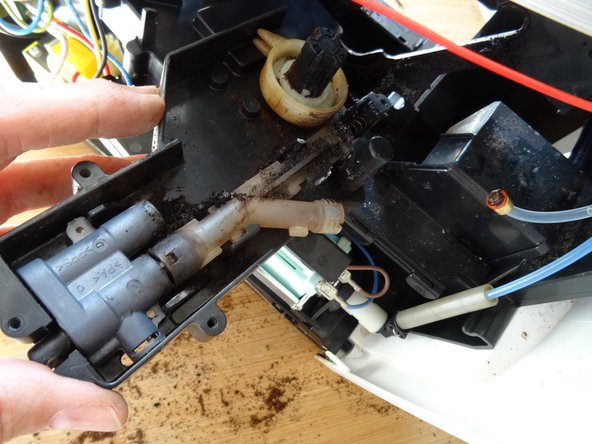 These instructions will show you how to replace the drainage valve.

Please note: Some pictures are taken from the almost identical Siemens Surpreso Compact. Little visible differences are of no importance.

Apply the steps in reverse order to reassemble the machine.

Apply the steps in reverse order to reassemble the machine.

Very good instructions it took me about an hour. be careful with the o rings you need toe remove the old one from the ols drain valve. And also take care with the back large white plastic spacer behind the gear drive, it drops off easily and needs to be in the same position (there are 3 possible positions!!!!) also on mine there was just a tube for the expansion.