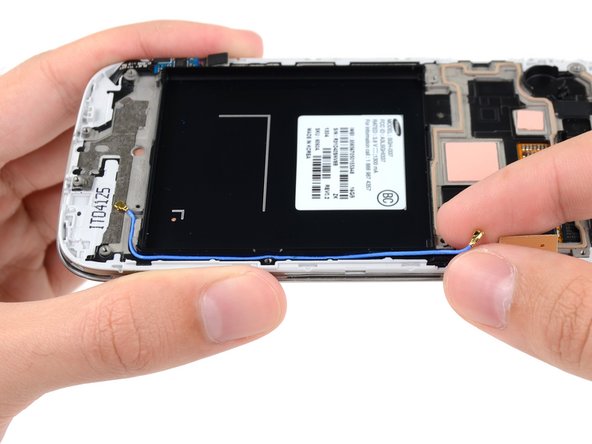 Use this guide to replace your Samsung Galaxy S4 display assembly.

HELP! step 28 just ends how do I insert the new one, how do I resemble the parts that used adhesives to stick?

Nearly all the guides end like this, you just need to work backwards through the steps using the new hardware.

Just work backwards like Nick stated. I usually reverse assemble the parts I take off so I know the order in which I need to put them back in.

Just run it along its track. Use a plastic spudger to push it down. Use 3m double sided adhesive tape to re-attach parts that require adhesive.

What is the difference between an AT&T digitizer and a Verizon digitizer? How interchangeable are they?